I have visited dozens of churches, but there were only two that truly took my breath away.

The first one was the famous Mezequita Cathedral in Cordoba, and the second, very unexpectedly, was a modest-looking basilica hiding behind scaffolding in Granada.

My last trip in October was the fourth visit to Granada, so looking for some lesser-known spots to explore, I stumbled upon this basilica doing my research on Google maps. From the few visitor photos I thought it looked really interesting, but they really didn’t do justice to the real-world experience.

The Basilica of San Juan De Dios is a short walk away from the Monastery of San Jeronimos which I visited on the same day, but I would argue it’s more worth your time than the monastery.

Let me take you for a little tour!

The basilica was built between 1737 and 1759 next to the hospital of San de Dioz, with the idea of creating a resting place for a co-patron of the city, Saint John (San Juan de Dios).

The church was built around the theological idea of the triumph of love and charity, which was the main message that Saint John left behind.

The basilica is considered to be one of the finest examples of Baroque architecture in Spain.

The entrance to the church is from a sacristy, which is like a museum of gold-covered relics, artwork and mahogany furniture. Just what you would expect to see in a modest church backstage.

The stunning vaulted ceiling has been painted in oil by Sánchez Sarabia. The two stairs are leading to the main altarpiece, which is where the true magic hides.

After you enter the sacristy, you’re taken aback by the amount of beautiful art, statues and relics, but it’s nothing compared to walking out next to the main altar.

As you enter the staircase from the sacristy, the reveal of what’s in front of you will just take your breath away.

The main altarpiece is the true star of the show.

It was made by José Francisco Guerrero with sculptures created by Sánchez Sarabia. In the middle of the altar, the arch hides a large chamber called the dressing room, which holds the remains of Saint John of God (more on that soon).

All covered in glittering gold, with Baroque features all around, surrounded by beautiful artwork.

Looking at the main altarpiece is a little overwhelming as there are so many beautiful art pieces to absorb, and so many details demanding your attention.

You could easily stand in front of it for an hour, absorbing all the little details and beautiful statutes displayed.

As it’s always true in churches, don’t forget to look up!

The dome that towers over the basilica is another piece of art, created by Sánchez Sarabia, representing the Assumption of the Virgin Mary, the birth of the Saint, Saint John of God helped by the Virgin, the triumph of Virginity and a choir of virgins.

If you’ve never been to a Sistine Chapel before, this is a small sample of what it feels like to walk inside.

Narrow flights of stairs on each side of the main altarpiece will lead you to the upper floor, where you will find balconies overlooking the altar. On first glance they reminded me of posh seats in an opera!

The staircase is decorated with beautiful – in some cases near life size – artwork, and gorgeous glittering chandeliers.

From the staircase, you will enter the dressing room.

The entrance to the dressing room is nothing short of spectacular. First you walk in to a room dressed in gold, with baroque decorations and artwork all around, with a cabinet that holds the relics of Saint John of God.

From the side you will spot a door with a beam of light entering the room.

As you approach the door, you’re greeted by a blinding shine of gold. As you walk in, you will see a giant golden urn that holds the remains of the saint, with the four corners of the urn decorated with medallions in which the images of the Holy Father’s birth are represented.

The room is decorated with mirrors, statues and reliquaries, with one of the most important one being the crucifix that Saint John of God held in his hands when he died.

As you stand next to it, you can see the whole basilica from a spectacular angle, facing the back of it and being able to admire it’s full beauty.

I hope you enjoyed this tour!

Below are some practical details to plan your visit, I can guarantee you won’t regret adding this Basilica to your Granada itinerary, it was definitely a highlight for me.

Tickets: 7 euros for adults, seniors over 65 years old are 6.50 euros (a generous 50 cent discount), and kids until 12 years old are free. With your tickets, you also get an audio guide in your chosen language.

Facilities: there are toilets right next to the ticket booth and they have a small souvenir shop available by the entrance.

Bonus tips: there is a free light show every day at 6.30pm (one that I missed, unfortunately). 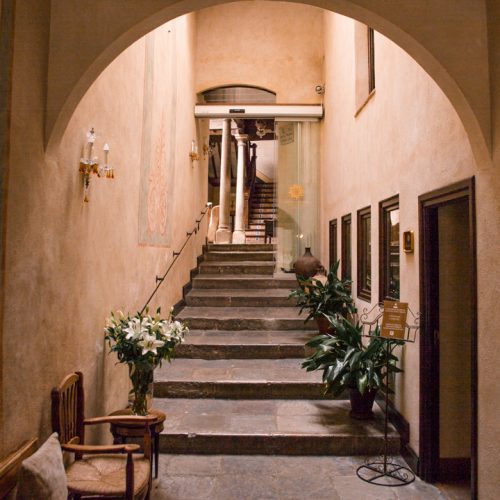 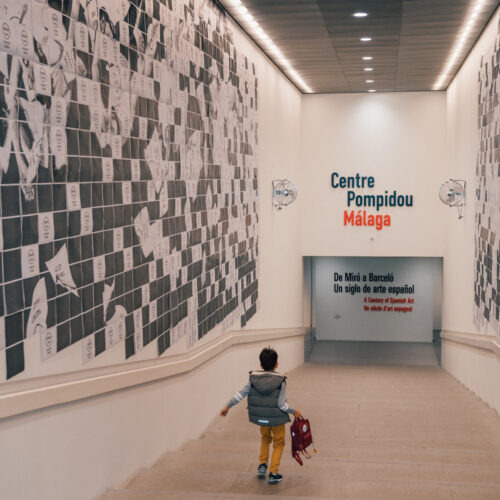 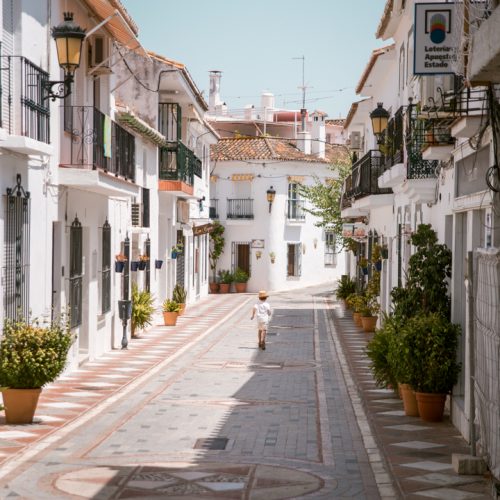