Tour of Bavarian Castles in the winter fairy-tale landscapes of Germany – that’s what I saw when I spotted an offer for an organized bus tour with a local travel agency.

I couldn’t get more excited to finally get a chance to see at least one of the Bavarian castle. The ones that are in Slovakia are spectacular, but I’ve heard it’s nothing compared to the German works of art. The fact that it was all part of a big group of Slovak tourists travelling in a cramped bus was just a minor inconvenience, or so I thought.

The description said ‘meet up in early morning hours’ which ended up being 2 AM on a very cold and miserable morning. The bus was full of equally enthusiastic tourist and kids!!

Sleep was out of question as it was near impossible to tilt the seats into decent position without crushing the knees behind you (not that others minded). My husband was particularly pleased that we will have a whole day of walking ahead of us without decent sleep =)

We were also promptly informed that the toilet in the bus was not functional in winter so regular stops in a petrol station every 2-3 hours were a must. So after a full night of petrol station sightseeing in Germany, we finally made it to our first stop.

Schloss Linderhof is a castle (or as I prefer to call it ‘a small over-decorated Royal villa’) build by Ludwig II, the rulling king of Bavaria since 1864.

The entrance to the castle is through the large grounds of the castle gardens. In there you will find a Beer Garden – of course -, a gift shop and a small hotel.

The castle is located in a beautiful hidden valley and the drive there is a spectacle in itself.

We arrived at the start of the winter, which had some major downfalls – first, all of the garden statues were boarded up and most of the grounds of the gardens were off limits. Secondly, zero snow.

The hotel pictured below – Beer Garden is on the left side corner. Must be awesome to visit in the summer months!

As I mentioned ,the gardens are not much of a sight in winter.

In fact, it was a huge disappointment. Stripped down to bare stone, fountains without water and all statues safely wrapped up for winter. If there is one takeaway from this trip, it’s most definitely this – VISIT IN SUMMER!

But back to King Ludwig II. He was quite an ambitions, intelligent and well-traveled man. He was obsessed with the French King Louis XIV (Louis the Great) which translated into his ambition to come as close as possible to the marvel that’s the Versailles Castle.

His life story is one we heard on the bus from our tour guide it was a fascinating one. You can read more about his life story here. He was the lead character of this trip since he was the one who also built the Neuschweinstein Castle which we visited later, and spent most of his life in Hohenswangau Castle, which we will visit soon.

Back to Linderhof – that’s actually the only castle that was finished during his lifetime.

The front entrance was an impressive one although it let us wonder that it doesn’t look much like a castle.

We waited patiently for our turn and under super strict security measures entered the dome of gold.

Unfortunately no photography was allowed in the castle itself. To paint a picture without using the pictures, it was like visiting Versailles crammed into a very small villa.

Some of the rooms were so extravagently decorated that it would take my breath away as soon as I step into the room. The amount of gold and intricated painting and design details were out of this world.

Even though I couldn’t take pictures, you can get a glimpse of the inside on the castle website here – click on the map and it will show you the individual rooms along with some comentary.

As I mentioned earlier, I certainly don’t recommend visiting in winter because you will miss all of the gorgeous gardens.

Now for the main adventures of the trip – the day we saw Hohenswangau and Neuschweinstein Castle.

If you didn’t know yet, Neuchsweinstein is particularly hard to get to, any time of the year. So even off season, we couldn’t get the tickets online or ahead (they are testing online sales this year), and had to gamble to arrive early enough to snap good enough tickets to see both of the castles during day light.

Hohenswangau is the castle where Ludwig II spent most of his life and where his parents lived. It’s located directly opposite the Neuschweinstein castle and Ludwig II used to look out of his rooms in Hohenswangau with binoculars and watching the progress on the building site at Neuschweinstein.

Before we set off on the road up the hill for our booked tour time, we went in search of food in what was quickly becoming a very crowded little village.

As our tour guide explained, no locals live here anymore as it gets super crowded by tourists, so most of the buildings in the village serve as hotels, restaurants and shops.

Around lunchtime it was getting particularly difficult to find a place that wasn’t full of tourists and had some spots left to sit. We found one further down the hill. With the restaurants in the village, there is no point to be picky – they all serve the German classics and you won’t leave hungry.

For a non-meat eater like me, it meant that I was having the local cheese dumpling second day running. Those who love good meat will find plenty to choose from the menu, in fact it seemed that all they served was just meat.

After quick lunch we were already marching up the hill, which we were told takes about 20 minutes, but in reality it was more like 10.

The castle opens up to a small courtyard with a garden stretching to your left and main entrance right in front.

The palace garden and fountains were of course closed off for the winter, so we could only imagine what they look like in their full bloom.

As before, photography is not allowed inside the castle, but you can take a peak inside at least in here.

The castle felt a lot more lived-in than it’s more famous brother and it was lined room by room with wedding gifts for the king and queen of Bavaria. Particularly impressive huge pool table, giant paintings and hidden doors – if you can get the English tour guide to get all the tiny details that an audio guide won’t tell you.

There would have been a few moments left to explore the Museum of Bavarian Kings which came highly recommended, but we opted for a spot of duck gazing and a cold beer on a terrace of a hotel. The museum is right by the alpine lake and has some stunning views too!

And last but not least, the most famous one!

I will do another blog posts on this next time with more practical tips on how to plan your trip as you can avoid a lot of disappointments and wasting time.

Peak over here in a few days for the last part of the Bavarian adventure. After that I’m back to posting about Cyprus – I have a handful of guides and local tips I can’t wait to share! 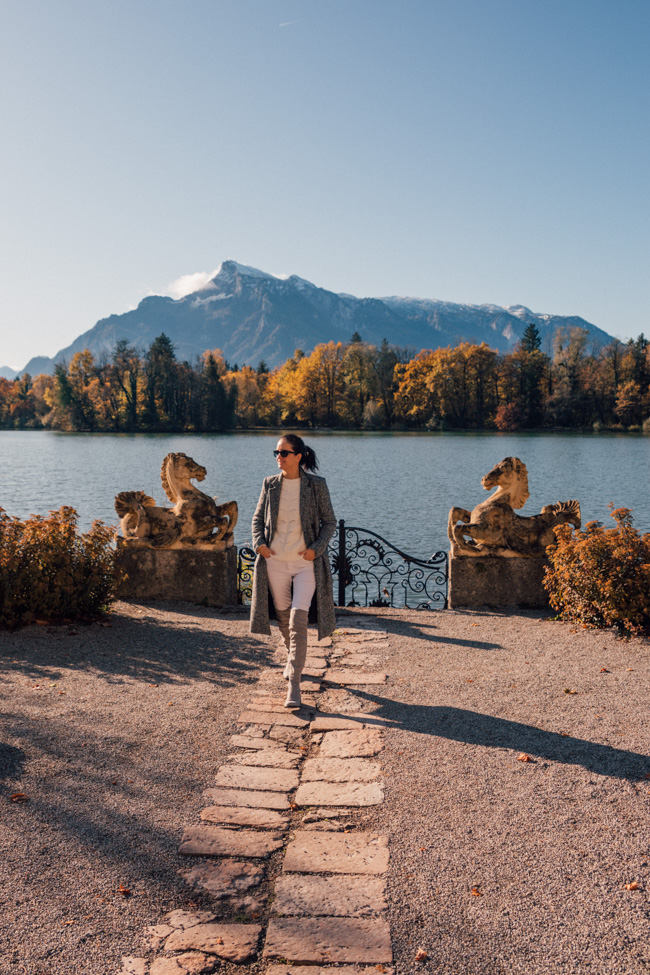