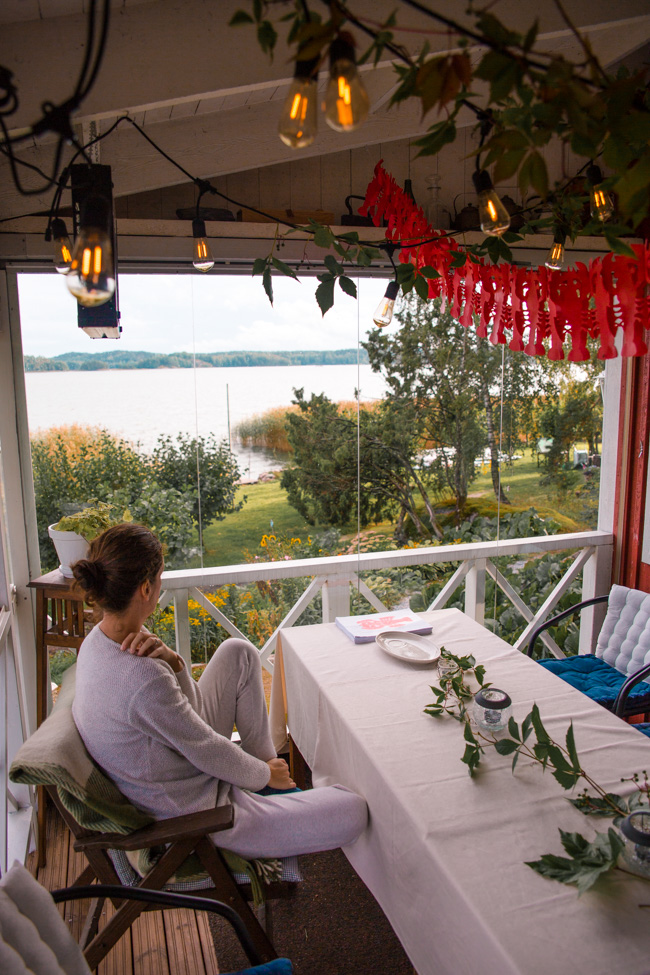 Along with Northern Lights, crayfish party was one of the few things remaining on my imaginary Scandinavian bucket list. I’m very excited to report that it was crossed over this weekend.

While I’m not shy of any event that involves food & alcohol, crayfish party eluded me for years, until I put the word with my mum in law who made it happen. The thing is, it’s not the sort of event you throw at any point during the year.

Crayfish parties originate in Sweden (as it’s the case with a lot of other goodies), but were adopted in Finland thanks to the Swedish speaking population. Traditionally you would host them in August during crayfish harvest. Freshly caught crayfish is extremely expensive and thought to be a delicacy, but you can get frozen box of crayfish at more affordable price.

We also bought few kilos of fresh mussels as I’ve been dreaming of doing the Gordon Ramsay recipe from my London days. During the 6+ years in Cyprus were were not able to locate any fresh ones, so this was the earliest opportunity I got to rekindle those delicious London memories. These were served as a starter, followed by a round of crayfish and shrimps.

The custom is to sip Akvavit and sing a song (see the image with the Swedish song). Eat plenty of white bread. Eat. Drink & sing more. If you ask me, that’s the recipe for a perfect party.

We even had a song-book made consisting of traditional Finnish songs which I later played on youtube and pretended to sign.

Now – in my head, the whole event was hosted outdoors, on a sunny lawn next to the sea, while we all wear floral crowns and look completely glorious and sophisticated.

The Finnish summer had other plans. Sunshine was long gone so we did the most out of the terrace – decorations made by my mum in law (Pinterest would be proud).

We stayed up late signing in Finnish (rest of us pretending to catch a few words) and left a trail of destruction behind. Memories made and no neighbours complained! =)

What an end to an amazing summer!