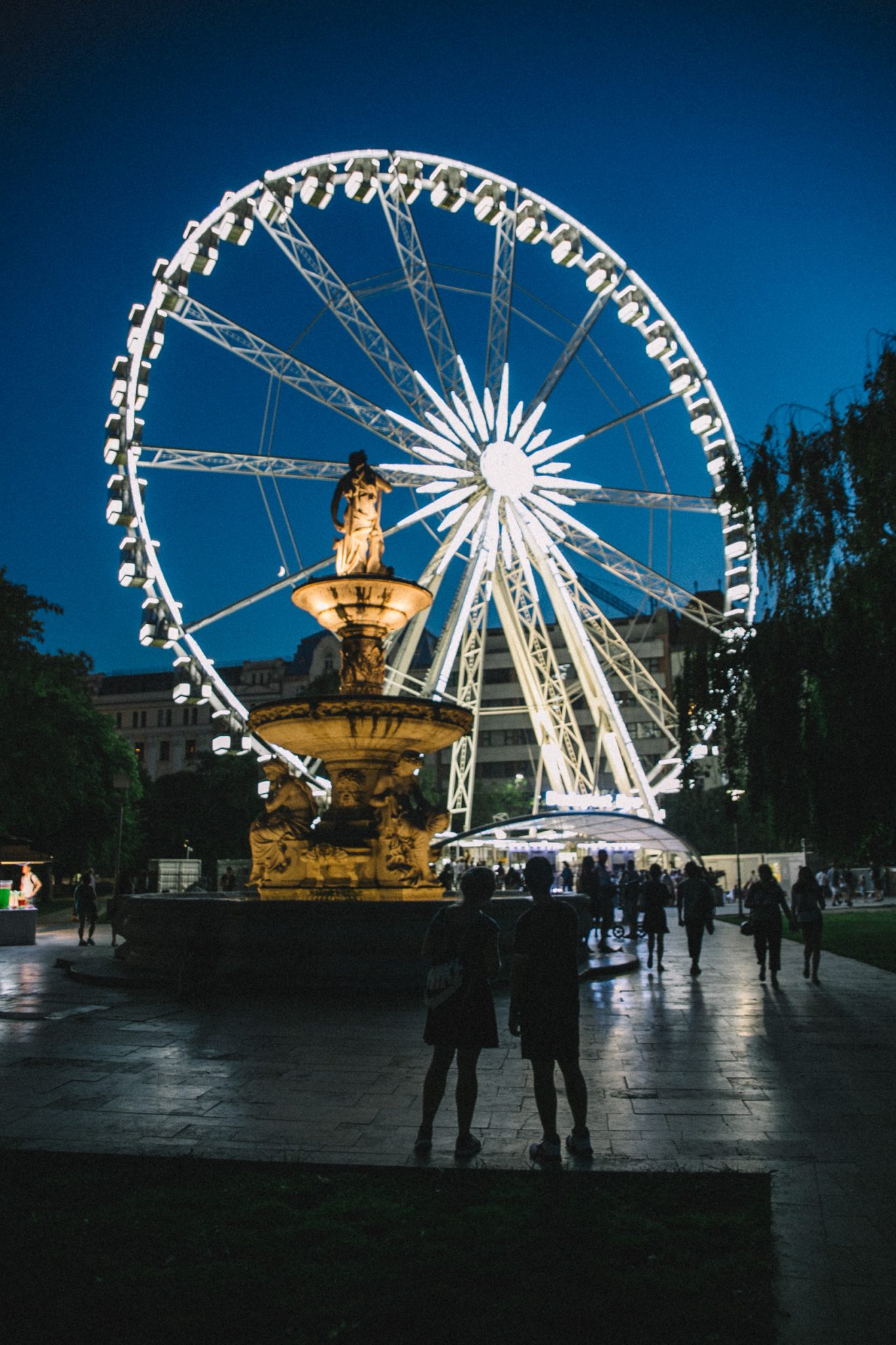 Before I knew it, the weekend break in Budapest already hopped into a second day. If you missed the first part, you can find it right here.

Taking it easy on the first day means I had a bad feeling I am missing out, so the following day was dedicated to tourist activities only (including a ride on those tourist busses).

Saturday was the hottest day of the weekend, and with no breeze in sight, we took the walks rather short and opted for frequent refreshment along the way.

We took off from our hotel, with a short stopover at St Stephen’s Basilica, and aimed straight for the Chain Bridge to get to the Budapest Castle. 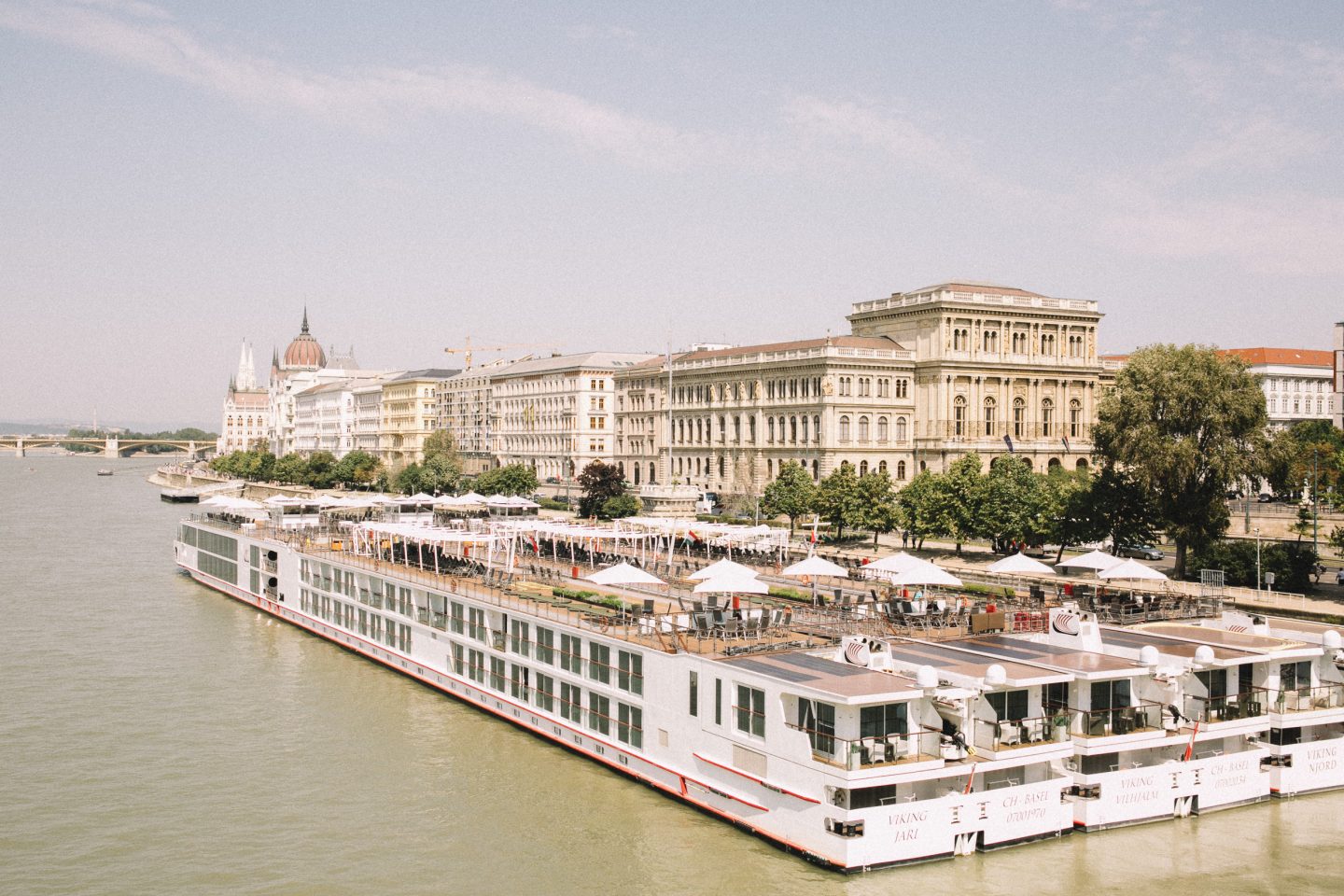 Arriving in Budapest in the heat of the summer season means there are queues everywhere.

We were planning to get the small cable car service at the bottom of the hill, but the line was stretching too far and we were ready to give up. Thankfully we were approached by a lady selling mini bus tours to the castle, for the same price of the cable car, minus the waiting.

We hopped on the first tiny open bus and headed up the hill, through the cobbled streets, all the way to the gate of the castle.

The castle consists of a several buildings, and if you’re lucky enough, you might make it there for one of the festivals regularly held here – my personal favourite the wine festival of course.

As part of the castle, you can see the national museum, gallery, Matthias Church, Funicular, presidential palace, national archives, Evangelic church and a few statues and fountain. It’s a great option to hide from the heat, especially in the summer.

To your dissapointment, we didn’t actually ventured inside, but instead enjoyed the view from the castle courtyard.

… as the temperature was nearly unbearable, I had to invent my own airconditioning system which consisted of systematically lifting up the skirt of the dress up and down, to the amusement of some bystanders who were lucky enough to get a glimpse of more than just my legs.

Note for myself – next time carry a handbag fan.

We parked ourselves in the castle restaurant, which was packed and full of buzz and noise. We grabbed last couple of seats, just in time for these guys to pull up.

As they lined themselves up by the entrance to the gallery, a crowd of tourists gathered next to them, in front line exctatic looking Japanese girls who nearly climbed on one of the horses just to get the best picture possible. No one can be surprised. Instagram life is pretty hard.

I just felt sorry for the guys on the horses who had to parade themselves in a swealthering heat in thick coats and full on army gear. The horses didn’t look too impressed either, I’m sure they had better things to do that afternoon.

As the time slowly passed and the temperature slowly climbed to over 35+C, we gave up on the idea to have a walk in the Buda area and simple hopped back on the open mini bus, to take at least a ride through the neighbourhood and document it.

A little tip if you’re planning a trip to Budapest – stay in the old town.

You get to choose from charming little hotels and you are walk away from everything, including the castle, parliament and much more.

Back on the other side of Danube, we were ready to start searching for a dinner place.

We checked a few options online, but wanted to see them in person before settling for the one.

below – one of our choices for the evening, small elegant bistro on the street leading to the St Stephens Basilica.

We wanted to adventurous and went passed, to see our top choice.

This place dragged me in like bees to honey.

All it needed was pretty lights on display, I’m that easy!

I would love to tell you what it was called, but that would require me writing it down somewhere! It’s right by the Basilica and if you go there during the evening, you can’t miss those outdoor lights. Unfortunately, to our taste, it was a little too busy with very loud music which ruined this atmosphere of this perfectly stylish and querky little restaurant. Maybe next time.

Our dinner place ended up being a rather random choice – a restaurant called Tokio, which is sitting right at the corner of the street leading up to the Basilica.

Fortunately, despite the lack of fancy furniture, fairy lights and funky music – I had one of the most memorable meals here.

It was so good, that we ventured in there the next day, and I will share some photos in the next blog post.

After the dinner, we took a right turn from the Basilica, and headed for the lights.

We ended up by the Budapest Eye, which I didn’t even know it existed before seing it spin in the distance from the street.

Right next to the Eye was a beautiful looking bar which looked like cut out from a movie scene.

We grabbed a few seats at the top floor and enjoyed a cold glass of wine along with this view.

After a few drinks, the night was still young, so we continued in search of more lights, to a local nightclub.

The busy beer garden was part of the night club which also served as a music venue and had a small pool on top of the roof. As you pass by, you will see street musicians hitting the strings and students gathering around for a Saturday night drink.

Charming little place, shame it was so busy because we didn’t even get a chance to order some drinks.

After a long night of light-searching, I was pretty happy to hit the luxury bed at our hotel and drown in the clouds of sheets.

Being a tourist in Budapest in middle of the summer should be declared an extreme sport, only suitable for the fit ones with good stamina.

If you’re willing enough to give it a try, you will see it’s well worth it. And the pictures don’t do any justice.

Roll back for the final part of the Budapest trip, coming up in couple of days!