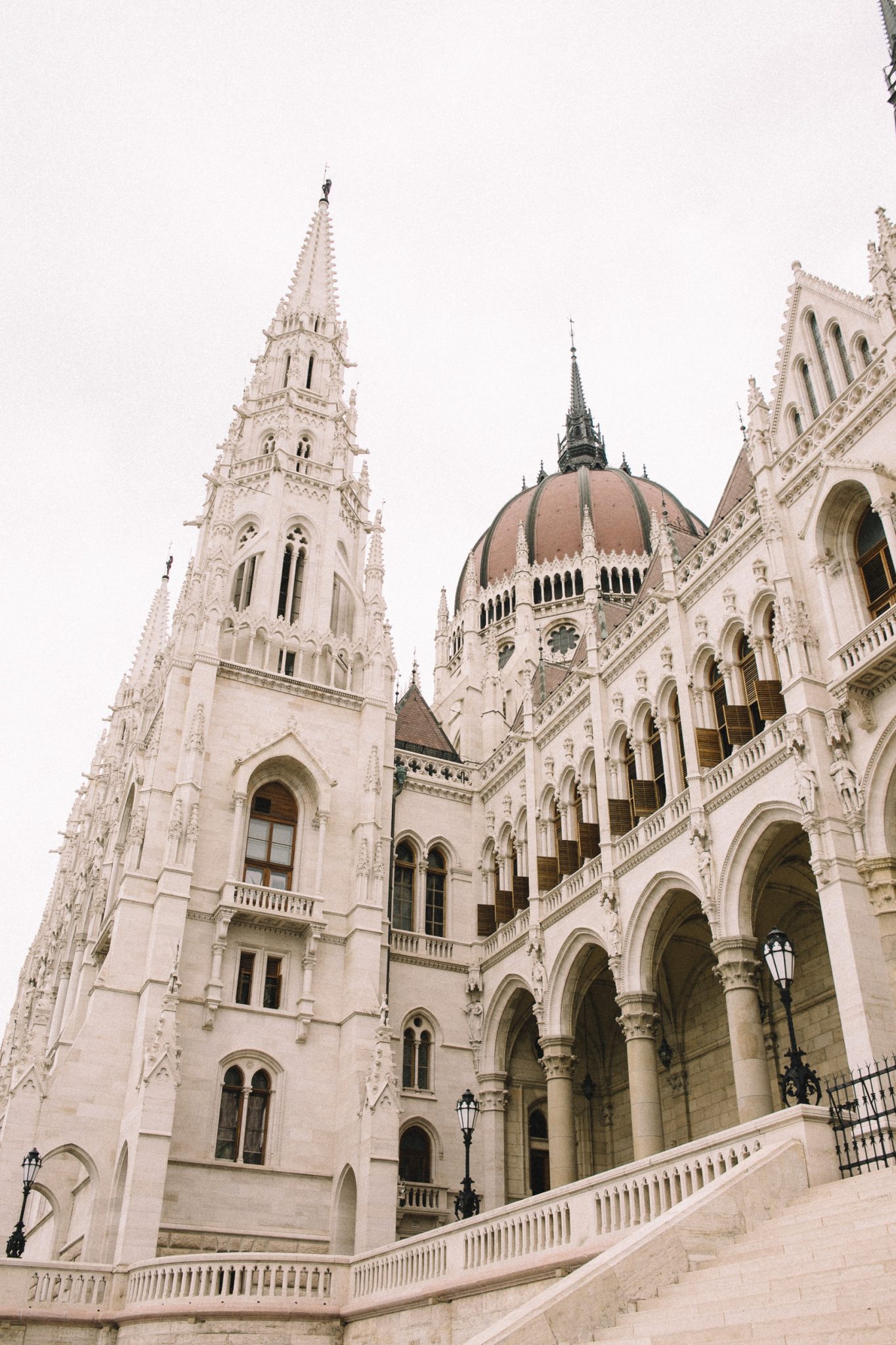 Hope you had a great weekend and are full of energy for the new week and month! I can’t believe it’s October already. I am back in Cyprus, so the seasons are a bit blurred right now and it could as well be the middle of June, judged by the temperatures only.

While I wait for the much anticipated first rain, here is the last part of my Budapest trilogy, finishing off with a bit of architecture.

I couldn’t pass the opportunity to see the St Stephen’s Basilika from inside and also check out the Hungarian Parliament building,  which was just a short stroll away from my hotel.

If you missed the first part or second part, I put links in there so you don’t have to scroll around and get your fingers tired.  How nice of me, right?

Straight in the morning, we headed to St Stephen’s Basilica.

At the corner of the square is a small coffee shop/restaurant where we had a quick tasty breakfast while watching Japanese tourists taking selfies with their perfectly shaped ice cream flowers. There wasn’t a single person walking out with an ice cream and tasting it. The phone camera was the first one to eat.

It was a bit sad to watch, at first, but then we found it quite amusing and watched people perfecting new angles on how to pull off this Instagram cliche.

Our first stop was the basilica.

It was named after Stephen, the first king of Hungary, whose right hand is supposedly stored in the reliquary.

Along with the House of Parliament, it is one of the two highest buildings in Budapest, signifying the equal importance of spirituality and governance.

It was built in neo-classical style and has two large bell towers.

The entry to the basilica is free unless you want to venture to the top or see the reliquary.

I did just a quick tour from the back where we were allowed, navigating my way through hundreds of tourists.

The church is also used for concerts, so if you’re lucky you might be visiting in time to see one of those. Must be quite the experience!

Did you get blinded by all the gold?

When we moved outside the church, our eyes were in for a bit of a shock as the sun seemed to have disappeared from the sky, leaving behind a curtain of white sheets on the sky.

From the church, it was only about 15 minutes walk to the House of Parliament.

Stopping on the way and casually posing next to Mr Steindl’s head.

By the way, these shorts from Zara are a godsend! Super comfortable, they almost don’t wrinkle and bonus points – they have stripes!

The architect was Imre Steidl and he actually went blind before seeing the building being completed in 1904.

The building is breathtaking and has a total of 691 rooms.

That’s a lot of window cleaning if you ask me.

Both inside and outside, there are 242 sculptures, the outside being mainly military figures, and Hungarian and Transylvanian leaders.

You can take a tour inside the parliament, the entrance is from the other side and joins over half a million tourists venturing through the halls every year.

We decided to stick to the outdoors, and away from queues and enjoy the last afternoon in Budapest.

We crossed to the main square through a gift shop of the Parliament (award-winning apparently) and headed back to the town, while taking in the views from the other side.

On the way we stumbled on this Chocolate museum. I would happily sit there with my chocolate tasting menu while admiring views of the Parliament from safe distance.

Shame we didn’t find it earlier!

As we strolled back , the sun decided to return to.

We ventured for a last lunch before taking a bus to Slovakia.

We ended up back at the main road leading up to the basilica and had food in the same place we had dinner the last night.

It was so good I had to go in for one more portion of that delicious fish soup.

The place was Tokio restaurant, right at the corner of the street.

As no driving was involved on the day, we started with Japanese beers.

While checking out the interior in daylight.

Even though it may seem empty, the vast terrace area outside was pretty full.

The menu was tempting me with lots and lots of different choices and flavours, but I was craving the same soup from previous night.

My husband had this pretty delicious risotto, I can’t remember exactly which one of the meal it was.

This is THE soup.

Fish soup with curry flavour and a ton of coconut milk. Like a liquid Indian curry, but with beautifully balanced and subtle flavours.

It was spicy, but not overpowering.

As you dig in, you will fish out some clams and egg noodles, while sipping in the beautiful thick soup. There was white fish, salmon, clams, and a few other bits.

I had it twice during out trip and both times it tasted exactly the same, hats off to the chef.

This soup quickly went to the top of my tasting experiences and I was talking about it a long time after coming back from the trip. No Michelin stars are required.

Hope you enjoy the tour of Budapest with me!

If you visited yourself, please leave a comment below and tell me what I missed so I can be better prepared for next time.