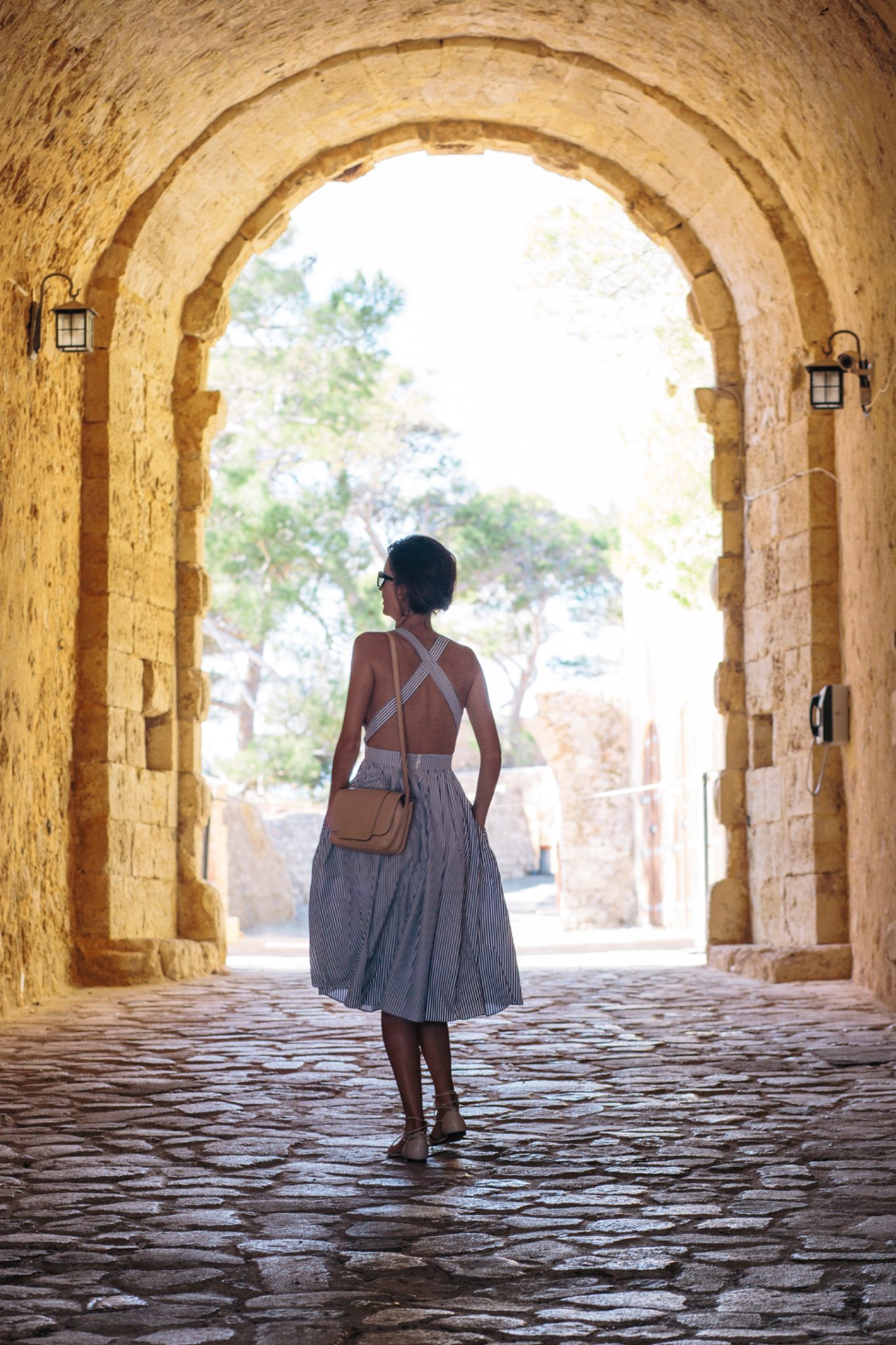 Our adventures in Crete started in the beautiful town of Rethymno, about 60 km drive away from the capital city of Heraklion.

Upon arrival, I wasn’t expecting to see anything spectacular and would happily eat and drink my way through the four days we were in Crete.

I did manage to do quite well with eating and drinking, but Rethymno turned out to be one of the most beautiful towns I’ve seen. As you pass the narrow streets in the old town, only the Greek language and a generous dose of Raki after every meal will remind you that you are not in Venice or Italy.

A town with so much charm, friendly people, crazy traffic, stunning scenery all around, it is very much the Venice of Greece (minus tourists and canals).

But let’s not get ahead. On a spontaneous whim, we decided to pay a visit to Fortezza Castle which was only a short walk away from our hotel.

The castle was built by the Republic of Venice in the 16th century to house the Venetian administration and by the inhabitants of the city in case of Ottoman attacks.

It was lacking ditch and outworks you would normally see on similar structures, so it wasn’t really a surprise when the Ottomans took over the city and the fortress.

At some point the building served as a prison and now it is open to public all year around.

The Fortezza is actually a multi-purpose venue, it has its own amphitheater and an old church which now hosts art exhibitions and even a small chapel.

There are few ways to view the whole fortress, and you will get a map in English as you enter.

Luckily, at the beginning of November you won’t really see crowds of tourists around here, so we had almost the whole place to ourselves.

After admiring the tree shaded amphitheater area, we moved slowly along the walls of the Fortezza until we reached another beautiful spot.

After quickly checking for any upcoming dangers from the sea…..

… I spend a little time working on my PhD in twirling. Without much success (hence 50 other photos deleted earlier).

The blue sea was providing a stunning contract with the old stones of the Fortezza walls, and even though it was start of November, the temperatures were reaching up to 25 C.

I was looking forward to admire the sun-burned cross on my back later that day. 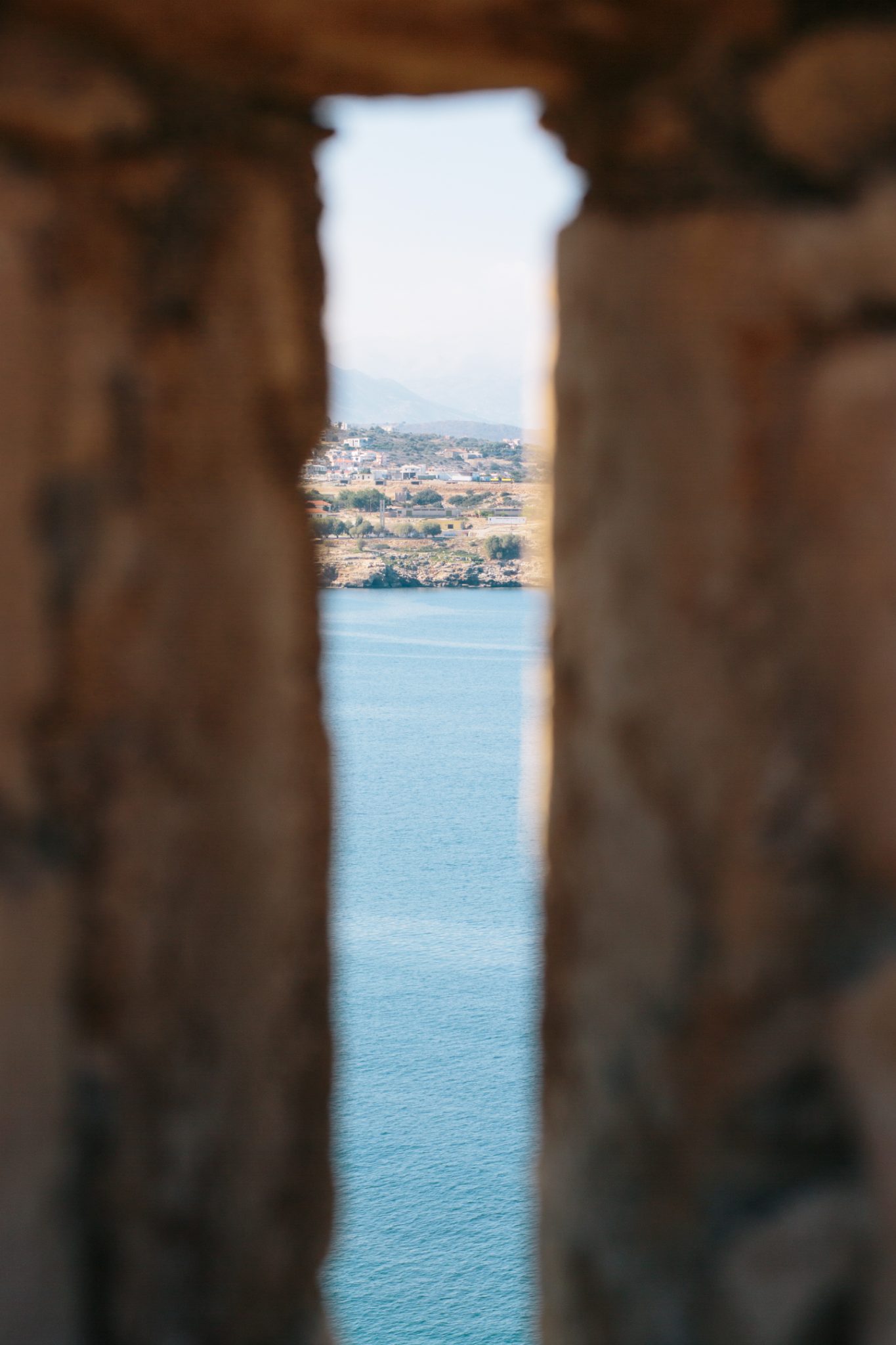 One of the main roads that leads around the old town passes the Fortezza, so even if you won’t get a chance to see if from inside, you will get a chance to admire it from the car. One small piece of advice – if you rent a car, like we did, driving in the old town is an experience only for thrill seekers.

Narrow roads which are mostly one way and full of parked cars, you will be lucky to find your way out of the maze. Also almost all hotels in the old town dont have own parking for obvious reasons, so you can park under the Fortezza for a charge around 15 eur for 24 hours.

If you want to avoid the hassle use the main road that goes in and around the whole old town and back out on the motorway. Its a small detour, but in most cases faster and safer than the tiny streets in old town.

We stumbled upon a small exhibition in the old Cathedral of St Nicolas, now known as Mosque of Sultan Ibrahim.

On the way down from the Fortezza, we stopped in a local cafe to check our route to the Arcadi Monastery (more on that later) and recover from the heat.

I got some pretty postcards in the souvenir shop which is just by the gate and I’m sure they’re the same ones I sent two years ago from Chania!

We watched locals play chess on the street, sipped on our fresh orange juice and pretended it’s the middle of summer. When can I do this again please?