If you’re wondering what the stops are, how long the journey takes, where to get your tickets and other useful information, this article has all the answers you need!

I use the C-1 on a regular basis for weekend trips from Fuengirola to Malaga, Benalmadena and rest of the destinations on the route, so I am very familiar with the trains and the facilities on the stations in Fuengirola.

Below is a practical guide to all the transport questions you might have.

If there is something that is not covered in the article, please drop a comment below and I will be happy to help!

Where is Fuengirola Train Station?

Main Fuengirola train station is located by a big roundabout, opposite the old market building, on Calle Jesus Santus Rein.

You will see a tall residential building on top of it and an entrance marked with red sign at the bottom. The entrance to the station is from the front of the roundabout.

Please see the image below for better idea.

The train station is just a short walk away from the train station – you walk down the Calle Alfonso XIII and will see the building with buses stopping alongside – it’s marked as Estacion de Autobuses de Fuengirola on the map below. If you’re continuing your journey to Marbella, this is where you can get the bus.

How Often do the Trains to Malaga go?

The trains between Fuengirola and Malaga run very frequently, approximately every 20 minutes.

Where to Buy the Tickets for the Train?

As the C-1 is a suburban line, you can get the tickets at the ticket booth at the station. There are usually two or three available by the entrance.

The menu is also available in English and other languages – simply press the little flag icon at the bottom left corner when you touch the screen.

Select a day or return ticket and your final destination.

You can pay with card or cash – some machines have limited options and only accept cards. Once you pay, a ticket with a QR code is printed.

Is There a Taxi Rank at Fuengirola Train Stations?

If you don’t see a taxi available when you arrive, or if you’re arriving early in the morning or late at night, you can instal Uber app on your phone and book one quite easily. They tend to be cheaper than the local taxis.

What are Train Stations Between Fuengirola and Malaga?

The C-1 line between Fuengirola and Malaga calls on the following stops:

What are the Train Stations from Malaga Airport to Fuengirola?

The journey from the airport to Fuengirola takes about 20 minutes and the train calls on the following stops:

Is there Parking Near Fuengirola Train Station?

No, there is no dedicated parking space near Fuengirola train station. There is a small space on the right side of the station, but I’m not sure whether that’s for public parking as its been fenced off.

That’s very easy! Simply walk down the road from the roundabout towards the sea.

You will see buses stopping next to a building and people waiting by the side of the road. There are no big signs showing its the bus station until you get in front of the building, and even from those it’s not very clear. Check the location of the bus station on the map below.

Fuengirola is a big city and has a number of stops on the C-1 line.

To get familiar with them, and which one is nearest to your hotel or accommodation, I have added a map for each below, along with a simple description.

The main station is located next to the bus station and is marked on the map I shared earlier. Most commuters use the Los Boliches train station as its closer to the center of the town, but if you’re travelling further – for example to Marbella – you better off getting here and walking to the bus station to get your travel connection.

Los Boliches is the train station I used the most. It has barrier free access and a lift, with two ticket booths at the ground floor and two more on the top floor.

Outside the train station is a small taxi rank, usually fitting just one or two cars. Right across the road from the station is a big supermarket called Supercor. Right behind the stations are some cafes and restaurant, and if you walk further you get right to the sea front and the coastal promenade.

If you’re getting off at Torreblance, prepare for a bit of a walk to get down to the coastline.

Torreblanca area is known for its steep hills and curved roads. The train station is just a very small place with couple of benches and a ticket booth. There are not entrance gates in this station, so no need to swipe your ticket.

There are nearly zero facilities next to the station, if I remember correctly there was a small cafe and kiosk nearby. To find restaurants and most of the hotels you will need to head down to the coastline. I also don’t remember seeing any taxi ranks or taxis here, you will be better off using the Uber app on your phone.

Carvajal is the first stop as you enter Fuengirola, and marks the borders of the town with Benalmadena.

It’s where the sandy beaches end, and tend to be less crowded. Similar to Torreblanca, Carvajal station is a bit elevated so you have to climb down the road to get to the coastline, but it’s not as far as in Torreblanca.

Within 5 minutes walk you are at the Paseo Maritimo – the coastal promenade – where you will find restaurants, kiosks and small supermarkets.

There is no taxi rank at the station, if you need a taxi you will need to walk down to the main road and either catch one or call an Uber.

Be careful when you’re checking the timetable as there are several websites that show the times and most of them are not accurate.

The most accurate timetable can be found on the Renfe website – in here just enter your starting point and final destination, and it will show you the train times available.

There are no car rental places within Fuengirola train station, but if you get out in Los Boliches, there are a few car rental offices not far from the station.

The main train station has very limited facilities and is not in great shape, which is an understatement. At the moment it is being developed and updated, which I would suspect will take at least a year or more, given the speed of work traditional to Spain.

The station has a lift for wheelchair, but its the semi open one and very basic. There are no other lifts, so if you’re travelling with a pram or a lot of luggage, you’re in bad luck. The escalators are currently out of service too (correct as of late September 2022).

What are the Facilities Next to the Train Station?

Right next to the station are a few cafes where you can get a quick bite and a coffee, and closeby is also a small supermarket. If you need transport from the station, there is a taxi rank just outside of the main entrance.

If you walk down towards the sea, you will get to the main bus station in just 5 minutes walk.

Fuengirola Old Town: An Insider’s Guide by a Local

A Complete Guide to Fuengirola Beaches: All You Need to Know

How to Spend a Day in Fuengirola

Coming to Fuengirola? These are the Tourist Traps to Avoid

Best Things to Do with Kids on Your Trip to Fuengirola, Spain

Malaga Weather in September: Local Update
6 Reasons Why You Should Never Use Tripadvisor for Restaurant Recommendations 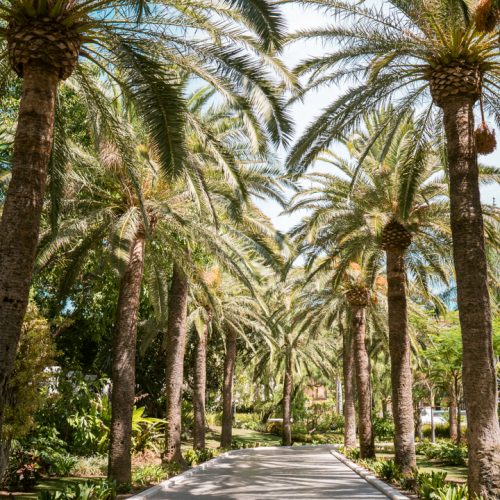 Is Malaga Worth Visiting? All Your Questions Answered 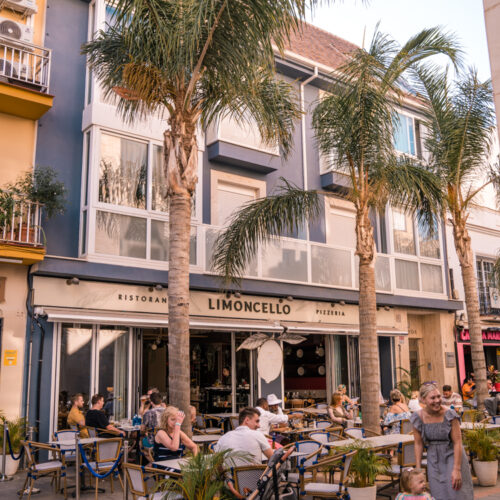