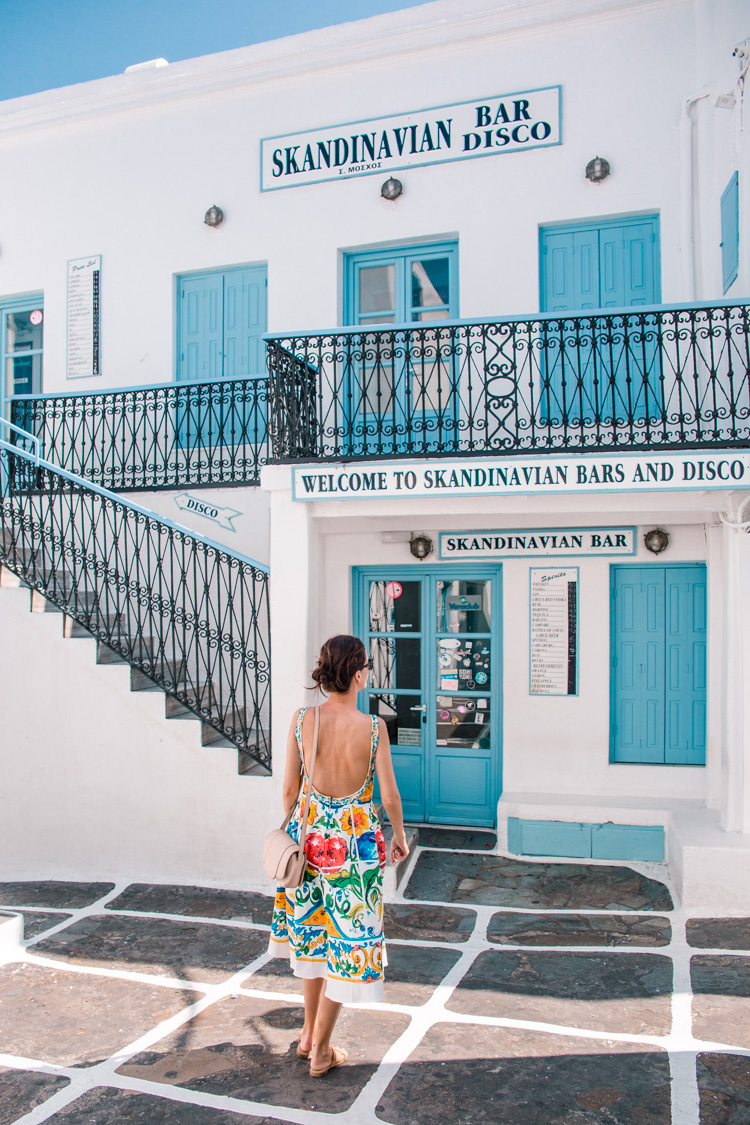 Greetings from Mykonos – at least via pictures, as I’ve been home now for over a week!

Mykonos has been on my wishlist for a long time and I’m happy to report that it was well worth the wait.

I have only visited once before which was just after sunset for a few hours when we hopped off our cruise trip, but an evening walk doesn’t really let you experience the island the way it should be.

Mykonos is by far the best in the early hours of the morning, just before the sunrise. Like other popular Greek islands, it is overtaken by tourists from the huge cruise ships each summer and the accommodation prices can be quite steep in season.

Those pretty Instagram pictures you have seen on your feed? They are all taken after 6am before other fellow humans step feet on the streets.

Mykonos can get very crowded if you happen to get there later in the morning when all the cruise ships unload thousands of tourists who flood the narrow alleyways and restaurants. If you want to get some nice shots in the streets, head there just after or before sunrise. In my case, these photos were taken around 7am.

Another thing that was quite surprising for me was the huge contrast between shabby romantic-looking restaurants which were reasonably priced and just a few doors down would be flashy posh over the top glamorous places with excessively priced drinks and food.

Mykonos is known for its glamorous lifestyle and attracts a huge crowd of celebrities, which is probably the reason these flashy places still flourish.

It’s well worth checking before you go somewhere for dinner because you might be surprised when the bill arrives.

One of my favourite places which we found by accident was a bistro which was serving sushi and was owned by a French lady. She had a DJ booth by the entrance and was playing some old tunes along with romantic French music.

The bistro was right next to a small church with trees decorated by fairy lights and the glass of wine was only 5 eur. My idea of a cool place.

As the night falls, the crowds of tourists from the cruise ships are replaced by glamorous ladies and very handsome gay couples who hit the street in search of entertainment. It was fun just to sit by the road and watch people pass by.

Also, a great excuse for not hitting any nightclubs, because a) you feel too old, b) too underdressed and c) you’re worried your husband might walk away with Giorgos who has better abs than you do.

I’ve got a lot more to show you from the island, including an organic winery & farm, a very cool beach club and one of my favourite place – abandoned lighthouse with views to die for. Watch this space for next update! Good night or as they say in Greece, Kalinixta!