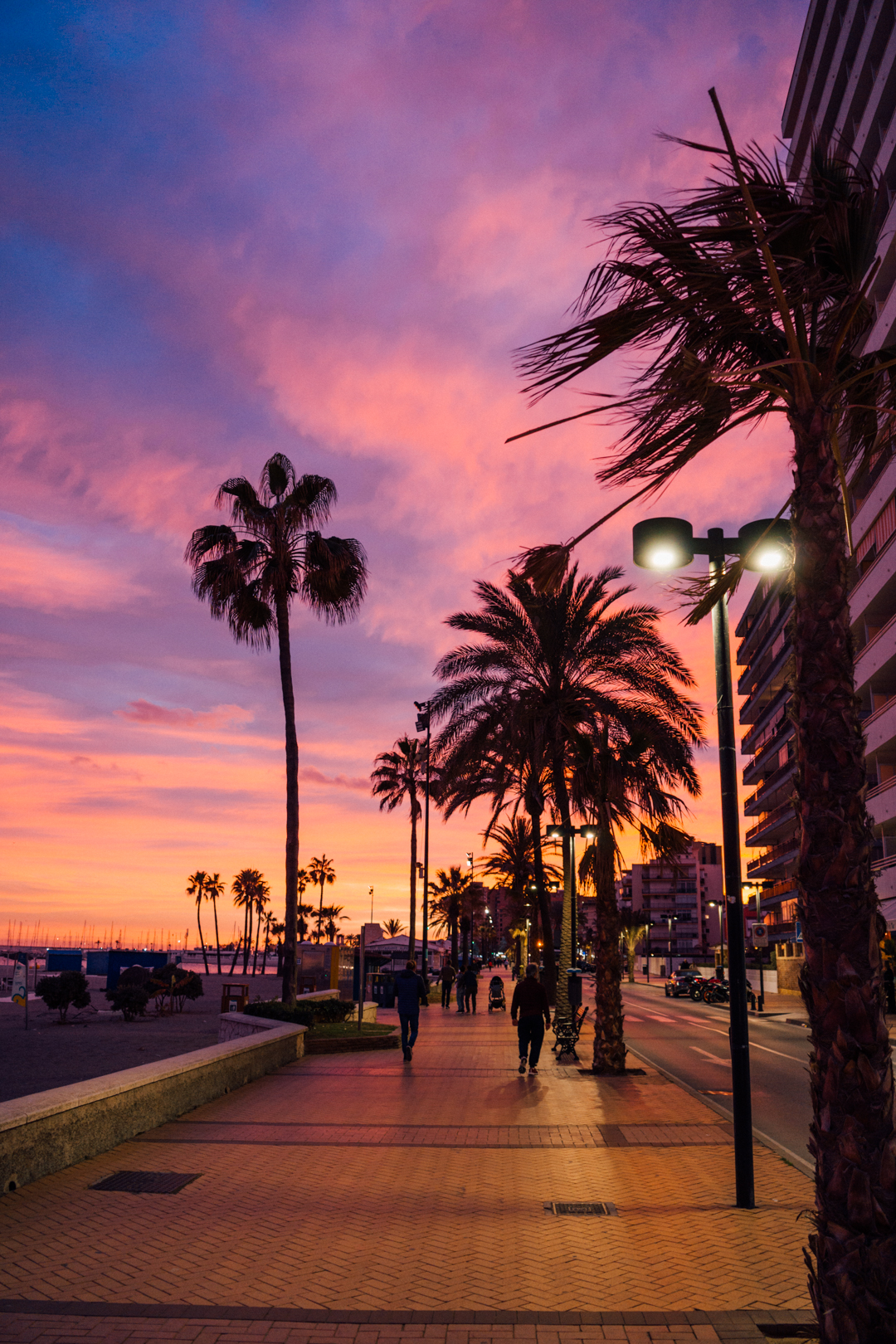 Welcome to another part of my monthly updates from Fuengirola!

If you’re thinking of spending December in Fuengirola, here are some practical tips and recommendations for your trip.

How is Fuengirola in December?

December is the start of the winter season.

While November can be relatively warm and mild, it really picks up in December and the rainfall also increases.

This year, we’ve been really lucky with a very sunny December weather with temperatures between 17 – 18 C and no thunderstorms around. We also tend to get some very strong winds, but they don’t normally last more than a day.

It has been generally a much colder this month compared to last year when I could still enjoy picnics on the beach and the temperatures soared up to 20C.

Compared to rest of the Europe, and inland areas of Spain, it is still very pleasant weather for December.

In the last part of the month, we finally got some much-expected rain after it’s been avoiding us for almost the whole autumn.

The rainy days by the coast don’t normally last all day, and after a few hours the rain stops completely and the sky might even clear up.

Below are some spectacular sunset shots I took on a late evening in December – we don’t get sunsets like these very often!

Is Fuengirola Busy in December?

December is considered a low season in terms of tourist activity, and the only uplift in visitor numbers come from Nordic countries. It’s mostly Swedes and Finns who come to spend the winter season in here – can’t blame them!

The coastal promenade tends to get busy if the weather is nice, but if you’re planning an early morning run, it’s very peacefull and nearly empty.

Are Restaurants & Hotels Open in Fuengirola in December?

Yes, most bigger hotels operate even in the winter season, but some smaller boutique hotels may be closed. The rates tend to be also much cheaper compared to the summer season.

For restaurants, most remain open during the winter season, with the exception of chiringuitos (the beachside restaurants). Almost all of those, apart from a couple of exceptions, remain closed normally until March.

Other than that, it’s business as usual even in December.

What to Pack for a Trip to Fuengirola in December?

Even though the temperatures can be very pleasant during the day, it’s certainly quite cold in the early mornings and late evenings.

Warm clothing is recommended, but you don’t need to go overboard and bring your ski gear. No need for winter hats or scarf, unless you’re planning to travel further beyond Fuengirola and see the Sierra Nevada for example.

Weatherproof clothing is great to have, along with a small umbrella in the off chance you get caught in the rain.

If you’re staying in AirBnb, please remember that almost no houses or apartmetns have central heating and very cold floors (with no carpets), so get a pair of slippers when you arrive and warm clothing for indoors will be handy.

What is Happening in Fuengirola in December?

December is the official start of the Christmas celebrations, even though the locals officially celebrate Christmas on the 6th of January.

The Christmas lights are set up early in November and they light up for the first time on the last Friday of November. This is especially spectacular if you travel to Malaga to visit the switching on of the Christmas lights (expect big crowds).

The Christmas markets in Fuengirola also opens around the same time (pictures below) – but I have to warn you, it’s certainly no grand affair.

Just a handfull small stalls offering a fairly random mix of products, which is a shame. I think if the vendor selection was a little more thought out, it would have been much nicer to visit.

For example, you can’t even get mulled wine or any food in the stalls, just random decoration and gift food items.

Some of the restaurants are offering special Christmas and New Years menu and entertainment, should you fancy venturing out during the holidays.

Near the Feria (the communal market), a covered ice rink is also open from end of November, with a small amusement park for kids right next to it.

Here is a full list of the detailed monthly updates done so far, more to be added!

How to Spend a Day in Fuengirola

Best Restaurants in Fuengirola: A Guide by a Local

10 Cool Things to Do in Fuengirola, Spain

Lost in the Jungle at Bioparc Fuengirola, Spain 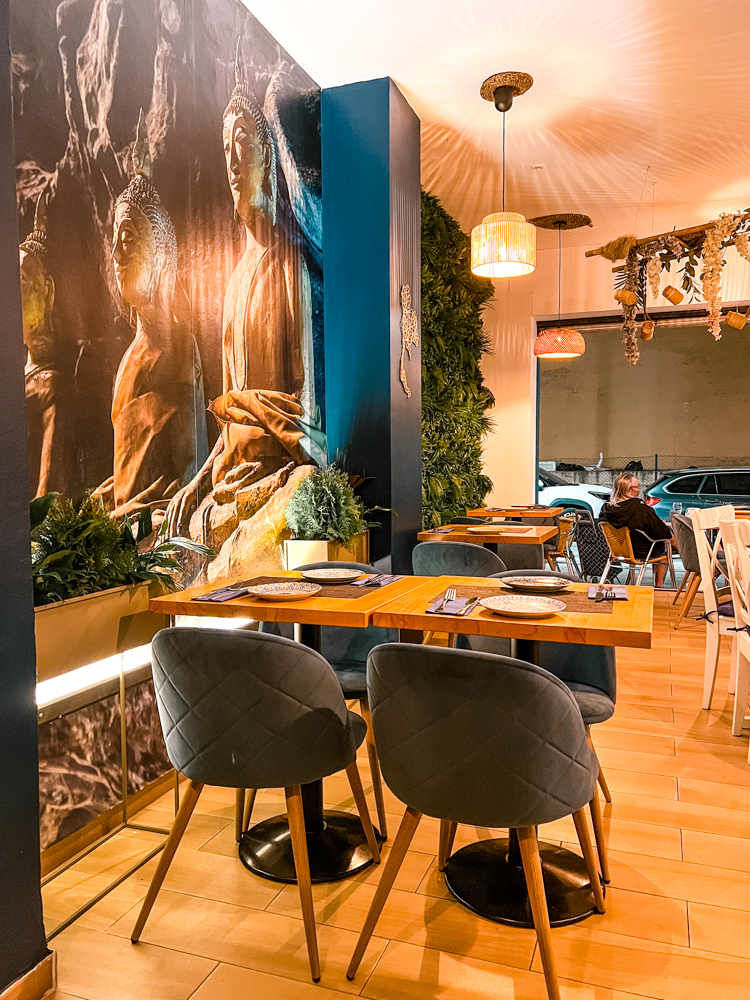 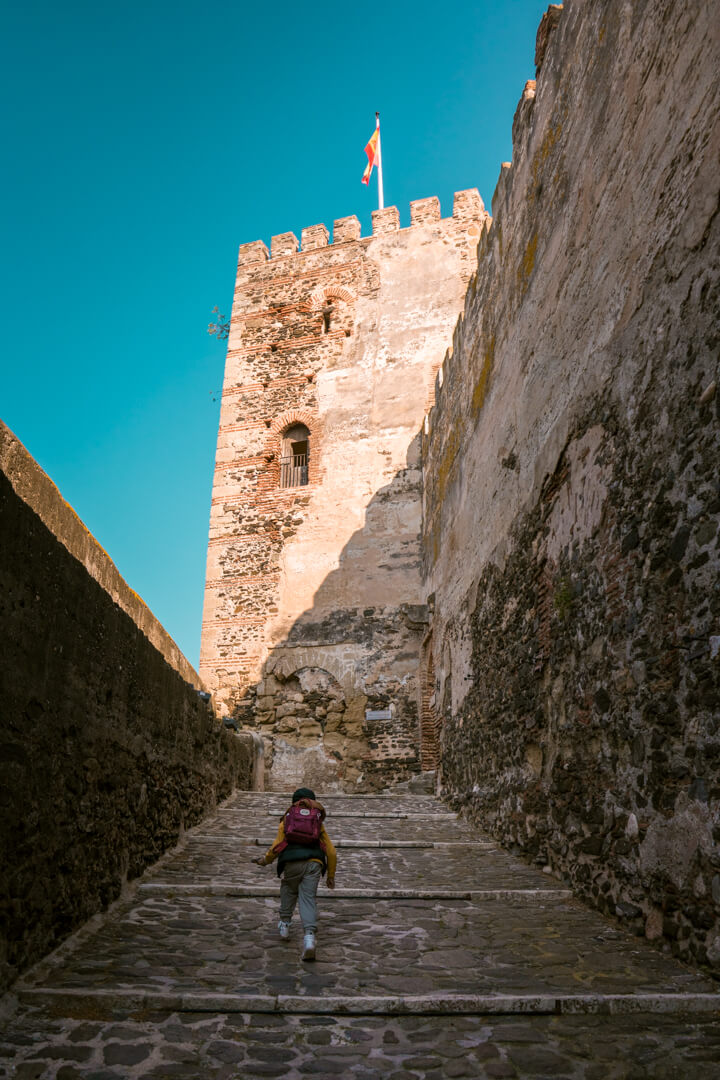 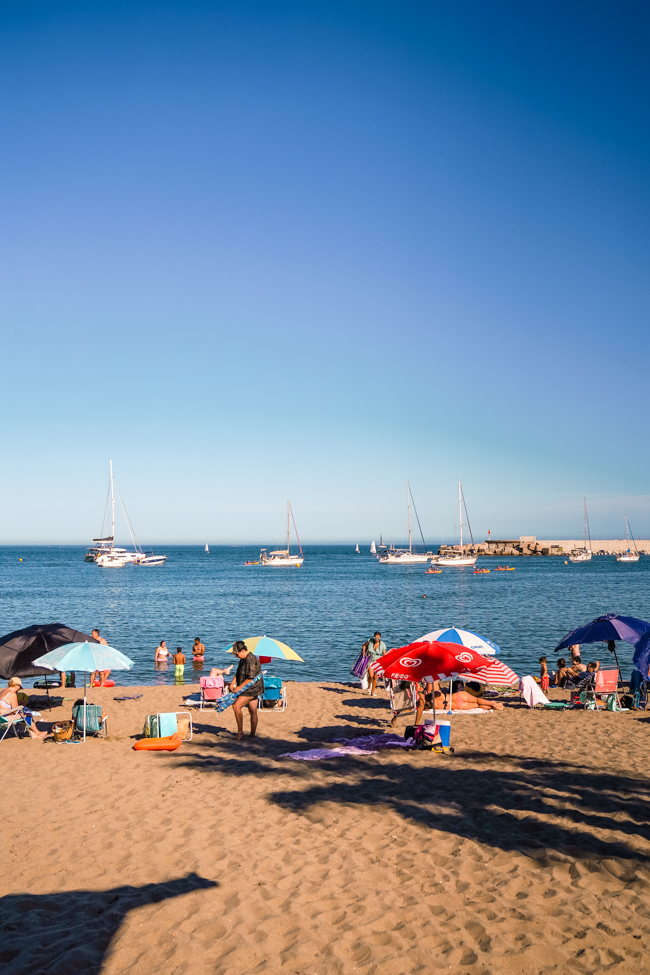 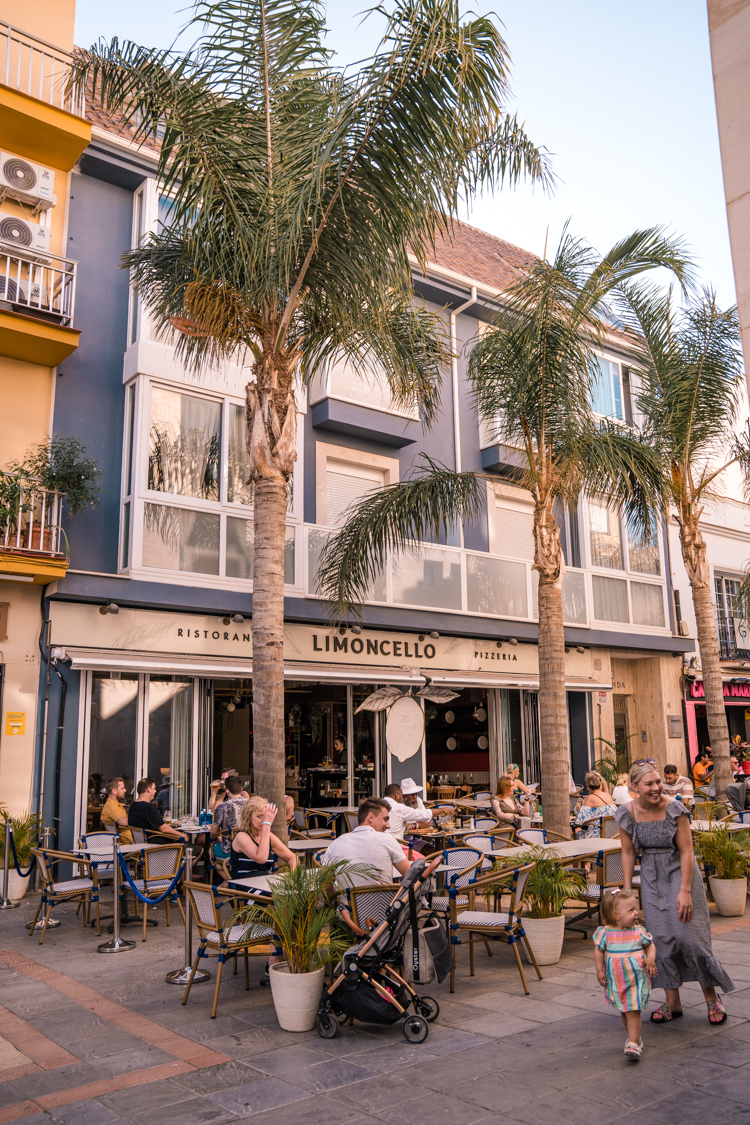