Are you thinking of staying in the Parador hotel near Gibralfaro Castle?

In that case, read this first please.

I promise I’m saving you from utter disappointment.

I have booked the hotel for two nights, for my husband’s birthday as a special treat. Having just returned from there, I’m keen to share my experience while I remember the vivid details of this memorable stay.

Also, a full-on disclaimer is needed.

This is the first time ever I’m posting a negative review of a hotel on my blog. I believe review sites don’t always give you a full picture, and if anything, I hope this article saves someone else from making the same mistake I did.

I picked this hotel for the obvious reason – the view.

To sum up the experience, that’s all there is – an overpriced view of Malaga.

But let’s dive into the details.

Paradores are a network of luxury hotels run by the government, situated around historic buildings like castles, monasteries or other historic landmarks.

The chain was founded by Alfonso XIII as a way to promote tourism in Spain. 94 paradores in total are located in Spain (you can check them on the map here).

One of the best things about staying in a Parador hotel is definitely the location. This one in Malaga is right under the castle, offering some of the best views of the city. From the hotel, you can walk to the castle in 5 mins.

That also comes with its unique challenges.

If you’re not arriving with a car, but a taxi, you will have to use taxi services each time you want to go to town. There is a walkway by the castle which will take you downtown in 20 minutes, but its not fun climbing it back up in the summer heat.

If the hotel calls you a taxi, they arrive fast, but start charging the route from where they parked. So by the time they get up to the hotel, there’s already between 4 – 5 euros on the meter. The taxi from hotel to Cathedral will cost up to 10 euros depending on the time of the day.

The hotel courtyard is open to public (the area around the hotel), so you will see a lot of tourists coming here to take photos.

Lunch at the Hotel Bar / Cafeteria

As me and my husband arrived early and our room wasn’t ready yet, we settled downstairs in the bar to order some drinks & food.

The terrace on the ground floor was really peaceful, surrounded by lush plants and trees, and of course offering beautiful views of Malaga coastline.

Unfortunately the excitement about the location faded away as soon as our food arrived.

My husband had a standard burger and I had a vegetarian version. The bun on my burger looked like it was at least two weeks old, its been squashed and there was zero taste in the burger. My husband’s meal was equally disappointing. The chips that arrived with them were half uncooked. No ketchup or mayo provided and cutlery served in a plastic bag.

Despite the terrace being relatively quiet, we had hard time getting the attention of the waiters at times.

Checking in at the Hotel

As you’re arriving at a four star hotel, I don’t think it’s too much to expect a warm welcome.

Instead of a greeting, we were asked if we have a reservation, followed by lots of typing on the computer and being handed over lots of papers to find information about the hotel.

We were explained that the pool is accessible only in dedicated slots which we have to book in advance, and also time for breakfast had to be booked in advance.

The hotel lobby looked very dated, but was filled with beautiful light (and two Picasso paintings behind the reception desk).

The staff at the reception was otherwise very friendly and spoke good English.

The room was as expected, dated but spacious, and the view as advertised.

Almost everything in the room was wrapped or tagged with paper tags saying ‘sanitized’, which I found very wasteful especially since they were displaying a message about protecting the environment in the bathroom. Even the TV remote control was placed into a dedicated paper bag with ‘sanitized’ printed all over it.

I didn’t make it to the hotel pool as honestly it seemed like too much hassle.

When I went to the castle later that afternoon and saw it from there, I realized it was probably a good thing.

The pool looked very small, and there were probably 6 – 8 sun beds maximum. More like a paddling pool where you can sunbathe for the hour you get allocated.

Having experienced the really poor quality of food at lunch, I was hoping that there is a different chef preparing the dinner and we won’t be treated to the same ordeal.

Unfortunately I was wrong.

The restaurant is located on the 3rd floor of the hotel, with limited terrace tables offering the best views.

Everything looks spotless as you enter, and the waiter takes you to your seat.

The menu is on a more expensive side, as you would expect from a restaurant in prime location.

My husband ordered a duck fillet and I had ‘scrambled eggs’ with beans and cod.

His duck tasted like rubber and looked like it was cooked from frozen – there was blood all over the plate and yet the meat tasted like a really old chewing gum.

My meal had fried eggs instead of scrambled as described, and the beans with cod were literally inedible. I had the eggs with asparagus, and after a few attempts to eat the beans I gave up.

My plate was barely touched when the waiter took it, and I wasn’t even asked if everything was ok with the food.

The service seemed very rushed, our plates were quickly landing in front of us. It felt like we were sitting in some school diner.

We have also said we don’t want any of the ‘artisan bread’ which turned out to be a slice of baguette, and were still charged over 4 euros for it on the final bill (which was later removed at our request).

The restaurant was filled with older couples and families enjoying their meal, and I kept looking around in disbelief that nobody is shaking their head about the quality of the food.

We didn’t even spend an hour sitting here, and took a taxi to the town, to get some proper food elsewhere.

Breakfast at the Hotel

Let me start by saying that I don’t like having breakfast in hotels.

I don’t eat much for breakfast and prefer to eat in a local cafe. Hotel breakfast in my experience tends to be an overpriced affair with low quality food and often very poor selection.

Due to the location of this hotel, I didn’t have much choice but to book the breakfast (or walk 20+ mins downtown each morning).

To say that the breakfast was disappointing is an understatement.

The hotel charges 18 euros per person for breakfast. At that price, you get NO WARM FOOD in the buffet selection.

You can only order warm food from the short menu, which has 4 types of egg dishes (scrambled eggs, eggs with bacon, etc), and churros. I found that absolutely unacceptable.

It seemed like every effort was made by the management to ensure you don’t consume too much food.

Smoked salmon was cut into tiny pieces and served in individual plates, so if you want to take more than one, you have to bring 4 small plates to your table.

The cold cuts looked like they were two weeks old, dry and in horrible condition (my husband’s comment). There were two types of cheese, both cured local cheese, not other soft cheese or basic cheese slices.

If you happen to love cakes, pastries and donuts for breakfast – you’re in luck. There were plenty of those.

The bread selection was rather pathetic. Two types of the cheapest plain toast bread, one type of white roll. Two choices of jams, and butter. They also run out of the bread rolls pretty soon, so you would have to wait for a restock.

Juice were packed in individual glass bottles, not in a standard jug for easy top up.

We ordered some cooked food from the tiny menu, and it arrived in a very small portion. Coffee was really bad quality, it tasted very bitter and like an old batch.

So what did I end up eating? One small bread roll with butter and jam, and a bit of scrambled eggs. All for a grand price of 18 euros.

We had breakfast two times here (I would have cancelled if there was an alternative), and both times it was the same experience.

A lot of the staff at the hotel seemed like they lacked basic training in the hospitality industry.

Everything seemed rather chaotic and without proper management.

On checkout, we were not asked how our stay was, were charged twice for a bottle of wine and instead of ‘thank you for staying with us’ we got ‘here’s your bill, do you need a taxi?’.

My husband ordered a bottle of wine from the room service (the menu is only available online on PDF which you cannot zoom in and its impossible to read). First, they forgot to bring it, and after ringing them the second time after 20 mins, they brought it but without the bottle being opened, or providing a bottle opener.

The cleaning staff took away wine glasses but didn’t replace them with new ones.

Some of the waiters and reception staff were much better at their job, than rest of the hotel.

If you’re looking for a good 4 star hotel in Malaga, I would strongly advise you to avoid this one.

For 220 euros per night, it’s extremely overpriced despite offering beautiful views. It does not match the standard you would see in other 4 star hotels and the quality of the food is extremely poor.

The hotel is one of those places that survive thanks to its location, and perhaps guests who are too polite to say anything negative about their experience (unlike me lol).

More Places to Explore in Malaga

Where is Malaga? All Your Questions Answered

Is Malaga Worth Visiting?

How to Get from Malaga to Marbella

What to do in Malaga? Guide by a Local Expat

How to See Seville in One Day
Castillo de Gibralfaro, Malaga: Is it Worth a Visit? 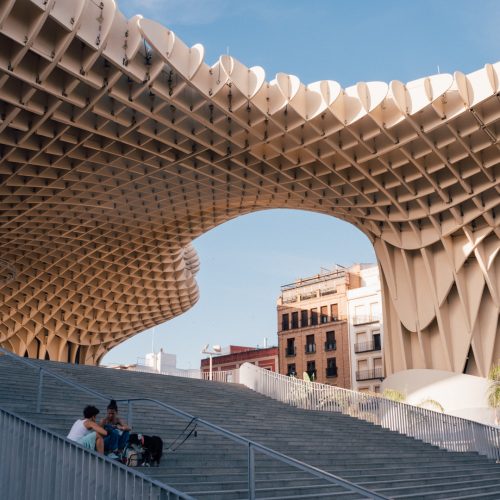 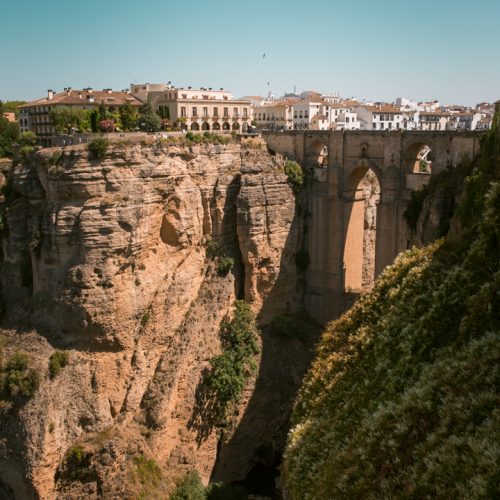 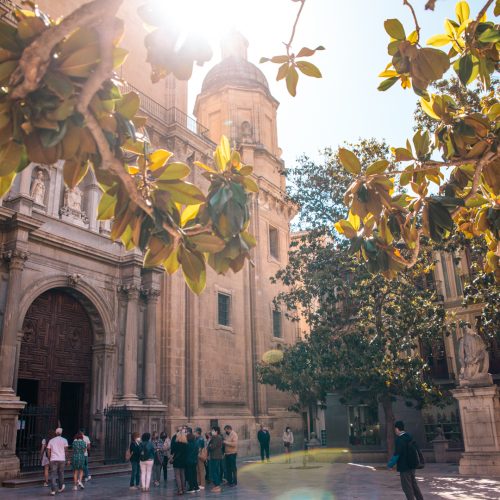