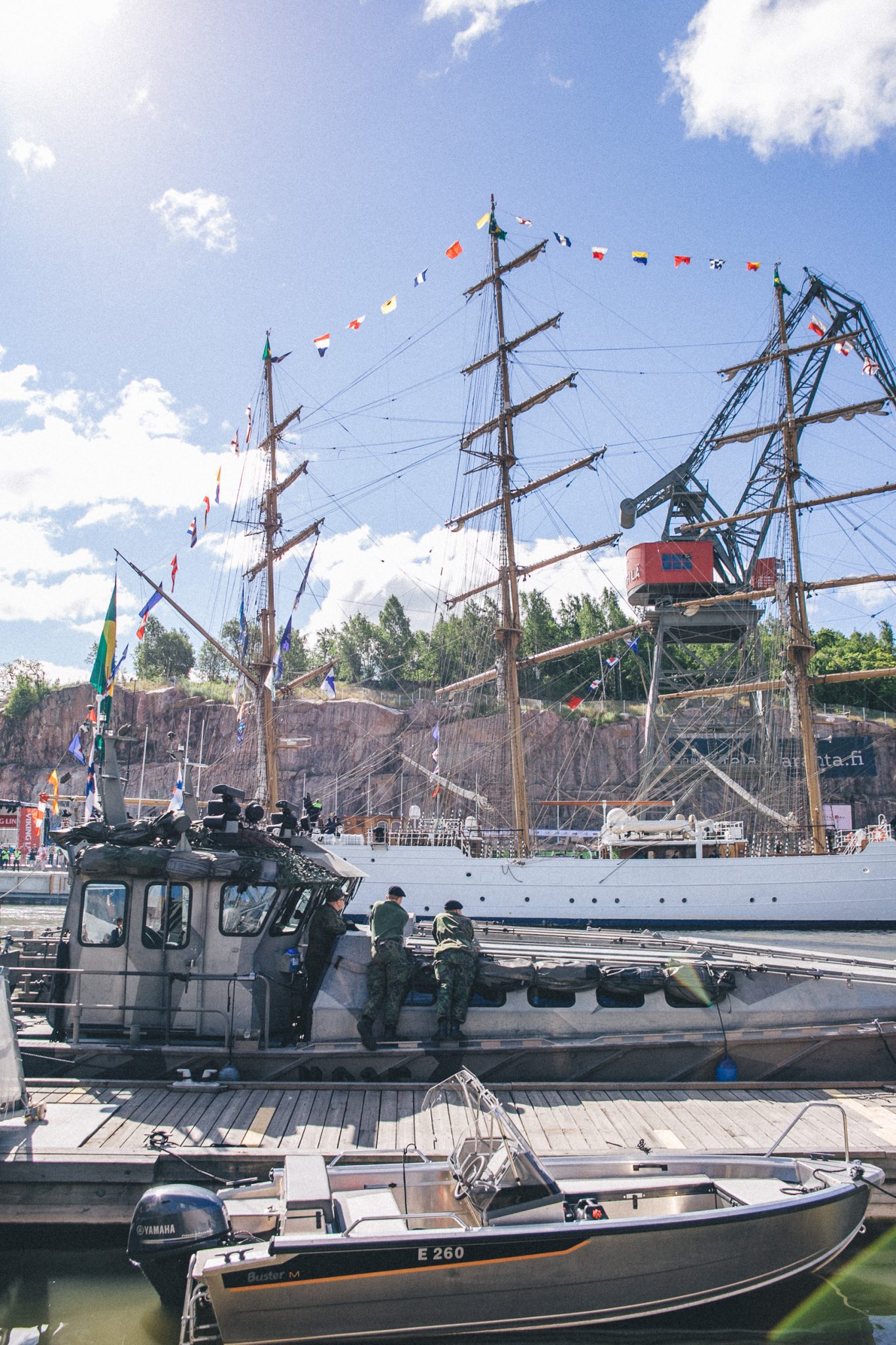 Once upon a time, river Aura in Turku welcomed very special visitors.

Not the local seagulls or a fleet of drunken teenagers sitting at the banks.

One summer weekend was a special celebration of all things nautical – Turku was hosting the Tall Ship Races 2017.

With a tradition dating back to 1950s and over a hundred of gorgeous ships to feast your eyes on, it was an event not to be missed.

The weekend celebrations collided with my booked cruise to Stockholm, but I managed to get to the river in time to bring some visual souvenirs.

The event was massive, and despite the thousands of people flowing on each side of the river, dozens of restaurants and shopping stalls, hundreds of boats parked on the river and a fair amount of intoxicated people, everything worked like a Swiss watch.

We arrived early in the morning when more ships were still being docked and got off from the car at the back of the river Aura, where it just enters the city by the Turku castle.

The sheer size of the ships was impressive and you could spend all day walking up and down, picking the sail (or sailor) of your dreams.

Some of them were accessible to public, so you get to experience the ship from up close, touch the ropes, check the hunky sailors (no the other way round) and admire the maze of ropes hanging down.

Most of the ships taking part were from Finland, Russia, Germany, Sweden, Norway and Poland.

Few of the more exotic ones were from Brasil (the first one pictures at the beginning of this post), Czech Republic (or is it officially Czechia already?), Holland and England.

I’m not familiar with the whole nautical terminology, but I can tell apart the front and back of the boat, and the anchor from the rudder. That’s fairly impressive, right?

If you’re interested in more technical details about the ships, you can find them all on the official website.

After a morning of exploring in a scorching heat (that’s 18C in Finland), we opted for a lunch appropriately served on an old fishing boat.

Restaurant Esposito was conveniently parked right next to the ships with great views both ways.

Most of the tourists were busy descending on the shopping stalls and walking on the parked ships, so we had the whole place for ourselves.

Finishing our morning tour, appropriately, with fish and chips. Served on a boat with a view of tall ships.

Not bad, cod do batter!

Finishing with my Champagne of preference – cold Long Drink.

Hurrah to summer in the sunshine, on-board a boat and with a cold drink in hand.