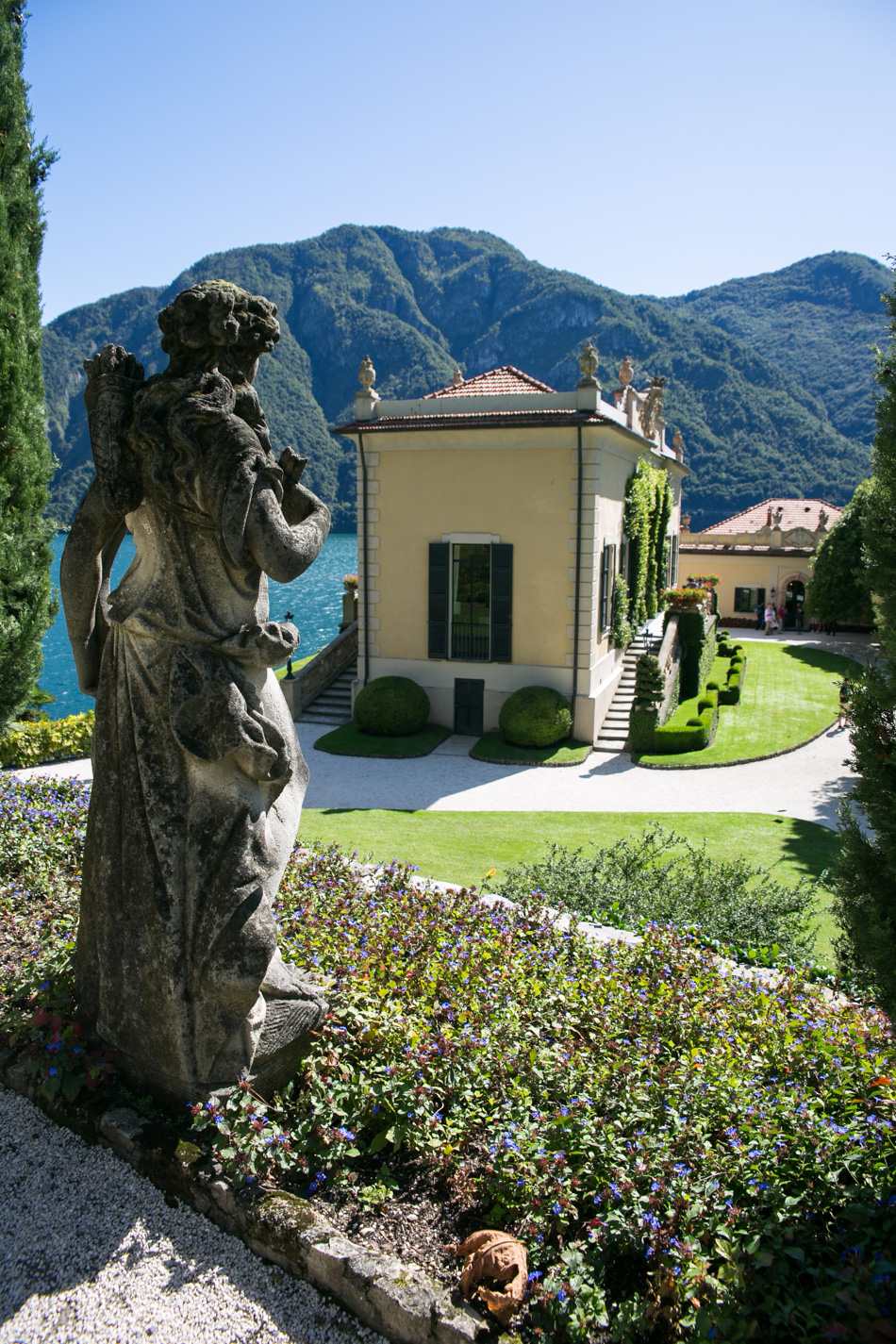 Once upon a time, in a country far far away, was an old Franciscan monastery.

The monastery was stretching around a beautiful lake called Como, nested at the edge of a forest, surrounded by lush vegetation and hugged by the occasional waves from the lake.

The monks lived here happily in peace and with absolute serenity. If you lived here in the 13th century, you would happily resort to live on this deserted stretch of paradise.

Not bothered by anyone else than just their Bible studies and passing boats, they were unaware that their lush home will be soon vacated.

Cardinal Angelo Durini was looking to purchase a quiet place where he could enjoy his books in summer nights, and villa Balbianello ticked both the boxes.

There was a library and plenty of benches to read the books.  The monks relocated and the cardinal converted the monastery in the 17th century into a villa where he could enjoy his splendid afternoon activities. In addition to reading, he killed some time by building an impressive loggia, which is now the major landmark of the villa.

The villa continued its history with a series of on and off relationships with local businessmen, out of which the most lasting one was with Count Monzino. An Italian with adventurous nature and plenty of money, he made the villa what it is today.

He completely redecorated the interiors and lavished the villa with artefacts and souvenirs from his expeditions. His love affair with the villa lasted way beyond his death in 1988 as his tomb is still located here. Following the last owner’s departure, the villa was left to the FAI trust, an organization that maintains and preserves the most important cultural heritage in Italy.

The fairy-tale doesn’t end there.

The picture-perfect gardens, architecture and location of the villa make it a popular location for movies. It is one of those places that you see on the screen, but when you go there in person it doesn’t even compare. It’s a place where you feel like you are in a set of a Hollywood movie and you’re waiting to spot George Clooney sipping his cocktail in the garden.

The contrast of the turquoise water of the lake with the lush green vegetation around the villa will make you feel like you are on your own exotic private island.

But let’s not skip ahead. First we need to get there.

Starting at the village of Lenno.

As you would expect, it’s as breathtaking as the other small villages and towns in Lake Como.

Even at the steepest hills, among the dense forest, someone lucky can call those houses their home.

We arrived early in the morning and our taxi dropped us off by the harbour.

There are two ways to get to the villa – through the forest on foot or on the water by water taxi. I highly recommend the water option. The walk up to the villa takes a good 10 minutes and it’s fairly steep uphill. That wouldn’t be too big a problem, but once you arrive there is a long queue of people trying to get in and get the tickets.

We took the option of the boat, which took ages to arrive so we could kill some time in the village of Lenno.

Chatting up some local and sitting down in a pile of duck poo. Must be for luck.

As I said we took the boat.

Way better view of the villa and you avoid the crowds by the entrance. With the boat, you enter from the bottom of the villa where there is usually zero waiting time.

Access to the villa is with two types of tickets – gardens only and gardens + inside. The inside tour is only for certain hours so if you arrive later and wait in a long queue, you might end up waiting good 2 hours before you can join your allocated spot for the inside tour.

I got the tickets to see the inside too, but the wait was too long so I exchanged it back for the normal tickets.

The first views will take your breath away.

The gardens are not extensive, but you could spend hours just looking around, sitting on the benches and enjoying the spectacular views.

The access to the most popular feature – the loggia – is always crowded.

Finding a spot to take a picture on your own while fighting the winds was a challenge.

The loggia view from the top of the small hill.

The Casino Royal movie scene was filmed right in front of it, on the patch of that green grass.

Look at those colours! Deep blue and vibrant green, this place truly is a paradise!

The loggia in its full beauty.

As boarded our water taxi to the villa, there was actually a married couple who left their ceremony to take wedding pictures at the villa.  Today, the villa is one of the hottest (and quite likely most expensive) wedding venues in Italy.

The remains of the monastery – at least part of it.

This church tower is from the original 13th-century monastery.

As my short trip was nearing the end, more and more tourists were pouring in.

A lot of people were just hiding in the shades, waiting for their spot in the tour of the inside of the property. We skipped that chance and instead went to see the Lenno town.

Below is the arrival gate for the boats.

No crowds and way better views.

On the way back, we didn’t take the water taxi, but took the original route through the forest.

Meeting tired tourist struggling to catch their breath as they crawled up the steep hills, and finding a small bamboo forest along the way.

Until we got our eyes on the village of Lenno.

We parked at the first restaurant by the harbour for quick refreshment before moving to Tremezzina.

The little village was overtaken by tourists and people coming in had to wait to get a table at the terrace.

We quickly checked the boat schedule and headed off for the next adventure in the nearby village.

I think I’m ready to move to Lake Como.

They even named a boat after me!

That’s just probably to make up for the duck poo on my dress from the morning.

Before I head off again, here are few practical tips for visiting Villa del Balbianello:

On Sunday, the adventure continues in Grand Hotel Tremezzo and Villa Carlotta, hope you join me in here!

Castello Di Duino and Beyond, Italy