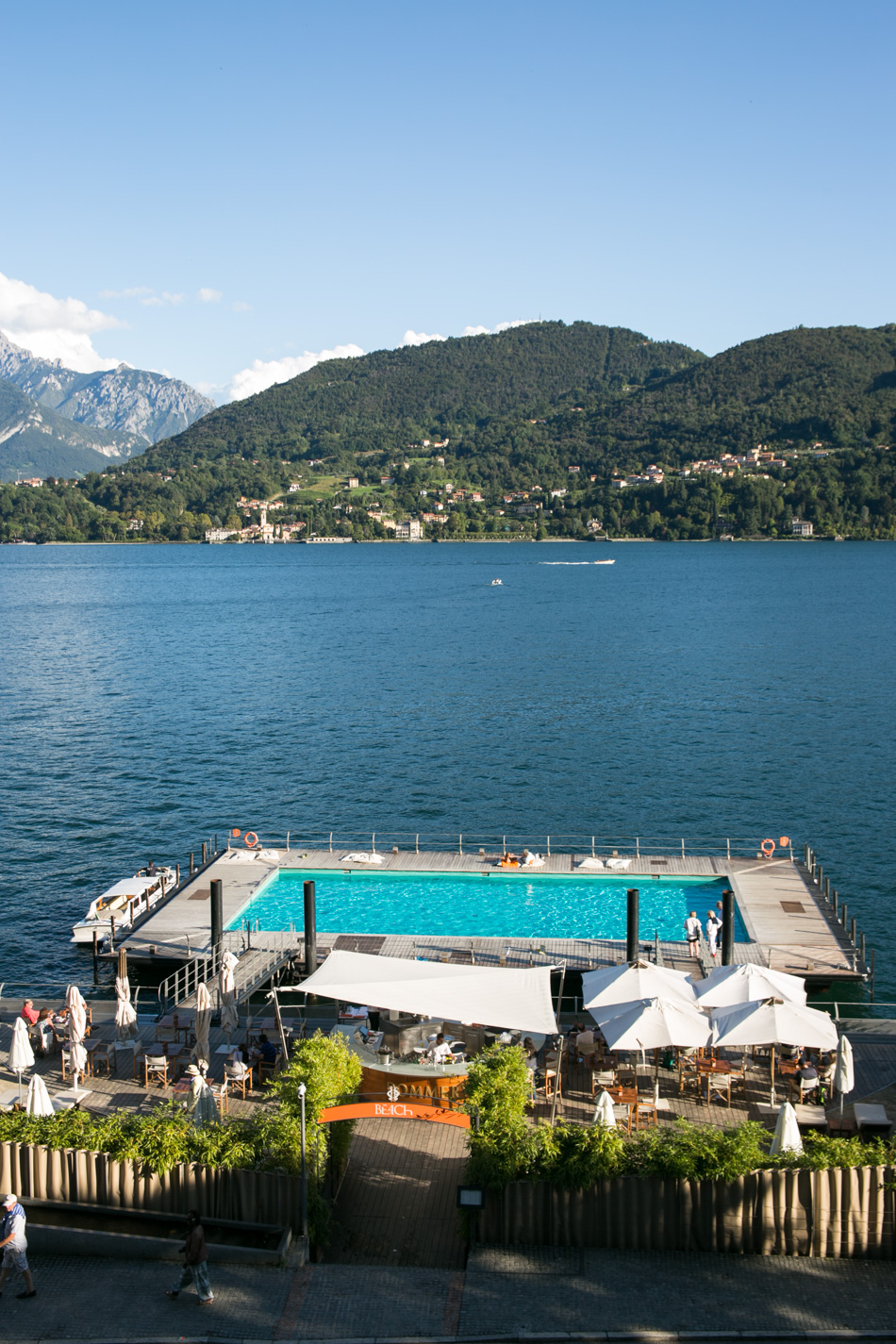 If you are getting fed up with the rain and approaching winter, I will happily warm you up with a dose of Italian sunshine.

We are closing to an end of this Italian trip, but not before we get another dose of posh properties in Lake Como.

This time it’s Villa Carlotta – I like to think of it as a little sister of Villa del Balbianello.  Not as posh and flashy, but equally pretty and charming.

Once you’ve seen the best it’s hard to compare, isn’t it!

Taking off from the village of Lenno, the ferry ride took us back to Tremezzina, where the next stop was.

The commute wasn’t too bad either as you can see from the pictures. 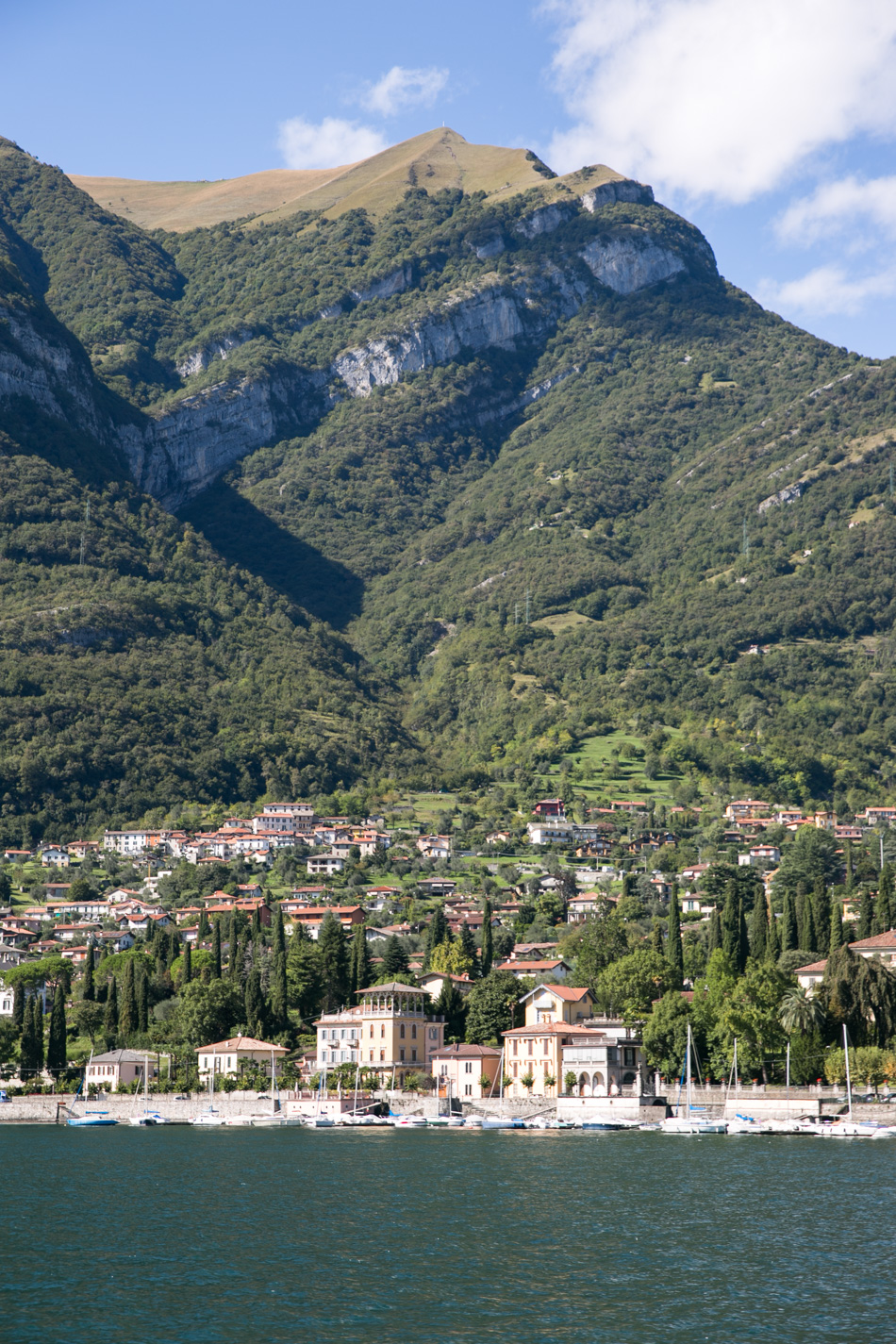 We arrived at the harbor and headed straight towards the villa.

Passing along the Grand Hotel Tremezzo, which was the final stop on the day.

While resisting temptations to take yet another scooter picture.

The hotel is kind of hard to miss. Mainly thanks to the lake pool.

Oh, and they have pretty cool hotel taxis too as you can see.

The hotel itself is a true resemblance of it’s name – Grand.

When I was looking for places to stay, this was my choice number one, but unfortunately I left the booking until the very last minute when they only had the most expensive rooms available.

The regular rooms start from around 300 eur per night, which is not bad considering the same grand hotel in Bellagio will be double that and a lot less flashy. It’s not a place where you can probably afford a two week vacation, but as a special treat for birthday or a short weekend it’s perfect.

Plus, there aren’t many options in the area to have a swim in a floating pool on a lake.

The pool comes with it’s own mini sandy beach, full service and a handsome Italian lifeguard.

If you get bored with the pool, you can simply turn to the other side and jump into the lake instead.

There is an army of waiters that will probably serve your cocktail even during mid-swim in the lake.  After you get tired of all those jealous stares of strangers from the street, you can simply cross the street while Alfonso stops the traffic for you and casually stroll into the lift that will take you straight to your room.

I mean, if they need someone to test this for a week, I would happily oblige.

And with ‘maybe next time’ in head we moved on further.

Just a short stroll away we found villa Carlotta.

This was our second villa viewing of the day and it felt for a while that we are house-hunting our future fantasy home.

I was already picking garden furniture for villa del Balbianello in my head earlier this morning but villa Carlotta seemed a bit too big project even for me.

No need to be greedy, I’m happy with one.

Villa Carlotta originally belonged to the Clerici family and dates back to the 17th century.

Today it is used as a museum and visitors come to admire the extensive botanical garden.

And it might come as a shock, but it’s stuffed with Italian art. I know, unexpected.

Although some of the views I didn’t mind at all.

My husband was less enthusiastic about exploring the botanical garden, after a day of walking, so he left me to roar on my own while he enjoyed a glass of wine in the cafe.

The garden has two paths you can follow – short and long one – or you can just go the bits you like.

The cafe has a very nice feel to it. You would expect something posh and old-fashioned, but it’s super trendy and very cozy.

It’s probably converted from an old greenhouse, or at least the roof is a little reminder of that.

I took a short circuit around the garden, checking some of the exotic plants and flowers until I stumbled on my favourite bit…..

…. which felt like a little peace of rain forest in Northern Italy.

The air was humid and you could hear waterfall in the distance. There were birds chirping and the water was trickling down the rocks below the bridge. Lush and dense vegetation was stretching all the way to the top of the hill where the waterfall was and you can follow the stream on a little side walk.

It was such a stark contract to the rest of the garden and completely unexpected.

Then there were some parts that looked like cut out straight from a fairy-tale movie forest, like the one below.

We cut our visit short to make it to the Tremezzo Hotel for a glass of bubbly and catch a last boat back to our village hotel.

Saying goodbye to the views and half-naked statues.

Heading back to the Grand hotel and passing the most insta-friendly gelato kiosk you can image.

Just came to think of it – I haven’t actually had any ice cream during that whole trip. I’m sure that’s illegal in Italy.

For the lack of ice cream I made up with plenty of bubbly.

It came with an assortment of snacks and a view that’s hard to complain about.

As charming as it gets!

I imagine this place doesn’t get depressive even in the middle of winter.

And if you get bored, you simply cross the mountains and you are off for skiing in the Alps.

We were not staying as guests at the hotel, but that didn’t stop me from sniffing around a bit with my camera.

Pretty impressive, what do you think?

They say that you can tell you’re in a good hotel when you see the toilets and I can report that the toilets were absolutely stunning.

And as with every dream, it doesn’t last very long and soon after a few glasses of bubbly, we were off back to our own little hotel.

Less Grand and with no floating pool. Minus an army of handsome Italian staff running around.

Next week, I’m taking a little break from Italy and wanted to show you a beautiful little resort in the mountains in Cyprus.

It’s a very unique place and not the usual mountain hotel you would expect. Tune back here on Wednesday to join me for a little guided tour, I promise you’ll love it as much as I did!

Castello Di Duino and Beyond, Italy