Are you travelling from Malaga to Granada or back?

Here is everything you need to know to book your journey!

What is the Distance from Malaga to Granada?

The distance between Malaga and Granada is 89 km, however, if you’re driving the shortest distance is around 134 km.

Travel Options: How do you get from Malaga to Granada?

What is the fastest way to get from Malaga to Granada?

The fastest route to Granada is with a car or a bus, each one takes approximately 1.5 hours.

What is the cheapest way to get from Malaga to Granada?

The bus is the cheapest way to get to Granada, tickets start as low as 7.50 euro one way. Alternatively, you can calculate the cost of petrol and parking if you’re going in a car, the distance is around 140 km.

Can I get from Malaga to Granada without renting a car?

Certainly – there is an easy and fast connection both by train and bus, with frequent departures each day.

1. Malaga to Granada by Train

I have travelled to Granada from Malaga on two occasions by train and the journey is very fast and comfortable.

One thing I would certainly recommend is buying the tickets in advance and shopping around a bit – you get different prices for different days in the week and different train times.

The train journey will vary depending on what train you take, the shortest journey is 1 hr 45 mins, and the longest ones are around 3 hours.

The difference in the train journey comes from the fact that you have to change trains at Antequera St Anna, which is a small train station near the village of Antequera, north of Malaga. The station is in the middle of nowhere, with not many facilities around, so I would advise against choosing a train with a long waiting time in between.

Train tickets to Granada are available on the national rail company website – Renfe. Simply add in your destination and dates, and you will be presented with a number of travel options.

The tickets can be printed or simply shown as a QR code on your phone.

How much are Train Tickets from Malaga to Granada?

The price of the train ticket depends on the time of the year, time of the day and the duration of the trip. The early morning trains or those with longer travel times usually are much cheaper, and tickets start as low as 12.40 euro per person, one way, but can go as high as over 50 euros one way.

Tickets are much cheaper when purchased in advance as I said earlier.

Renfe has basic tickets and then Elite and Premium (business class). Elite tickets normally include seat selection and some other perks.

You should always check the terms for your selected ticket, but they normally include luggage (up to 3 pieces) and the ability to change the ticket holder for an extra charge (40 euro per ticket).

There are two train stations in Malaga – Malaga centro and Malaga Maria Zambrano.

The trains to Granada depart from Malaga Maria Zambrano, which is a much bigger train station with better travel connections.

The train station is also well connected to the airport, you can catch a train to the station just outside of the arrivals terminal and there are only a few stops between the airport and the main Malaga train station.

Train tickets to Granada can be also purchased at the train station, the ticket offices are next to the entrance to the tracks. They also have customer service there in case you need help with your tickets.

How to Get to the Train Station

If you’re staying in Malaga, the easiest way to get to the train station is by taxi. It would be a lot of hassle navigating through public transport.

The main train station in Granada is relatively small, and not well equipped – I was surprised by that considering what a big city Granada is. Upon departure back to Malaga, they scanned all luggage through security scanners used at airports.

There are a handful of places to buy some snacks and food, but otherwise, the station has very limited facilities and there aren’t many shops or restaurants near the train station.

2. Malaga to Granada by Car

Travelling to Granada by car might be the most convenient and fastest option.

The journey would take around 1.5 hours, or a maximum of 2 hours, depending on which route you take. That time obviously depends on where in Granada you’re staying and whether you’re navigating through rush hour traffic in the city.

The fastest option is driving up North towards Antequera and then East towards Granada – the journey goes via A-92. A slower option is travelling via A-7 and A44 (1 hr 45 mins) or A-402 (just over 2 hours).

Where to Park in Granada

If you’re staying in Granada for a holiday, your hotel might offer a free parking option, but most require additional payment.

If you’re looking for good parking options next to where you’re staying, google maps is your best bet – check the location of your accommodation and filter by parking lots.

All parking garages are marked on this map.

3. Malaga to Granada by Bus

First of all, you don’t have to change anywhere (unlike with train where you have to change trains at Antequera St Anna station), and the journey always takes the same time – around 1.5 hours for a direct connection.

There are also slower buses with one-stop between the cities, and the journey with these takes a maximum of 2 hours.

The bus tickets are also considerably cheaper and with more stable prices compared to the train tickets.

Where to buy bus tickets to Granada

Bus tickets can be purchased on the Alsa website or directly at the station.

How much are bus tickets from Malaga to Granada?

The bus tickets start from 7.50 euro per person one way and go up to 11.83 euro per person (prices I checked were for booking one week in advance, next day might be more expensive).

All buses leave from the main terminal next to Maria Zambrano station (you can walk across the road from the station to get there, they’re almost connected).

The station has limited facilities, no restaurants and limited shops, so if you want to buy something ahead of the trip, you should do so at the train station next to it.

The train station has a selection of restaurants (most opening after 1 pm) and a big Mercadona supermarket. There is also a kiosk with books, newspapers and a few souvenir shops.

Just like in Malaga, the bus station in Granada has limited facilities and its fairly modest in size. The bus station is under 10 minutes drive with a taxi from central Granada, the journey with a taxi will cost between 8 – 10 euros, depending on the traffic.

4. Malaga to Granada by Taxi

By far the most expensive option, a taxi from Malaga to Granada will set up back around 140 euro for 4 passengers. You can book a taxi in advance from your accommodation or directly from Malaga airport on arrival.

How much is a taxi from Malaga to Granada?

The price is around 140 euro (based on seats for 4 people), but it will vary depending on the taxi company you are using and where you’re departing from.

How to get from Malaga Airport to Granada

Malaga Airport to Granada by Car

If you’re renting a car, you can pick it up directly at the airport and then head to Granada via the route described at the beginning of the article.

If possible avoid travelling through the city and head directly north towards Antequera.

Malaga Airport to Granada by taxi

There are a lot of taxis available at Malaga airport, however, these are more suited for short local journeys. If you’re going as far as Granada, it’s better to book in advance and get the driver to meet you at arrivals. Please check above for the recommended company to use and to check the prices.

How much is the taxi from Malaga airport to Granada?

For up to 4 people, you can expect to pay around 140 euros for the trip, depending on your drop off point.

Malaga Airport to Granda by a bus

There is a frequent bus connection between Malaga and Granada, but the buses do not stop or come all the way to the airport. You will have to get to Malaga main bus station to take the bus.

Check the Avanza booking system for the detailed timetable and prices.

How do I get from Malaga to Granada?

You can get to Granada from Malaga by car, bus, train or taxi. The fastest journey is by car or bus, which is also the cheapest. The trains are also comfortable to use, but prices may be much higher. A taxi is also an option, but a fairly expensive one.

Is there a high-speed train from Malaga to Granada?

No, the high-speed train network does not run to Granada. The average journey time from Malaga to Granada can take between 1.5 hours to nearly 3 hours, depending on the connection. The train is not direct and you have to change at Antequera St Anna station.

How long is the bus journey from Malaga to Granada?

The shortest journey available is a direct bus connection which takes 1.5 hours. Other buses with one or two stops also operate, the journey takes a maximum of 2 hours.

Is there a direct bus from Malaga to Granada?

Yes, the direct bus runs from Malaga main station and does not have any stops on the way. The journey takes approximately 1.5 hours.

13+ Brilliant Things to do in Malaga, Spain (Tips from a Local Expat)
Immerse Yourself in Modern Art at the Centre Pompidou, Malaga 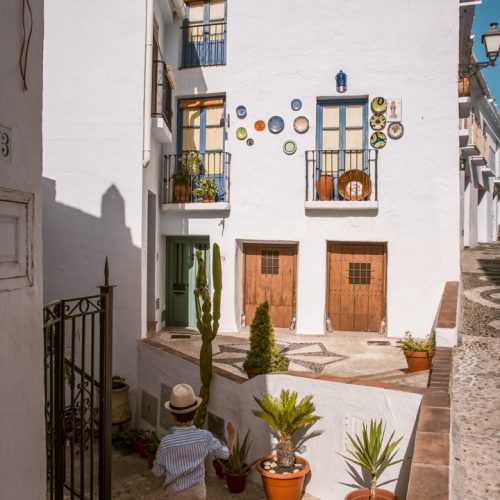 Is Frigiliana Worth Visiting? All Your Questions Answered 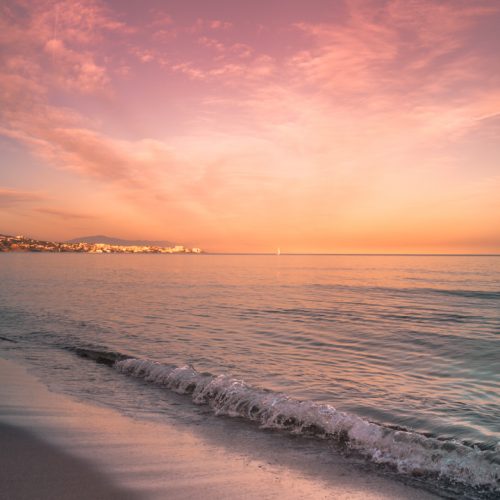 10 Cool Things to Do in Fuengirola, Spain 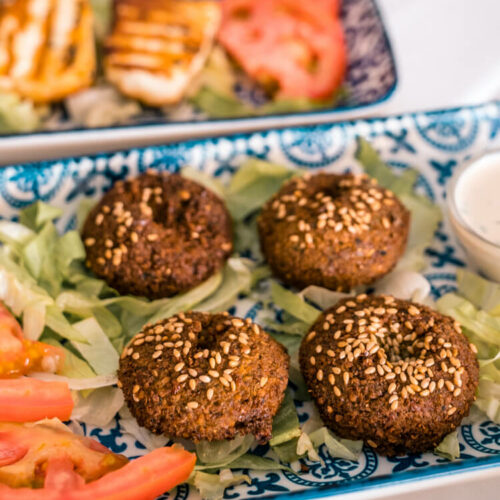