The Palace of Charles V is a beautiful one-of-a-kind Rennaisance building, part of the Alhambra complex in Granada, Spain. Built between 1527 and 1637 as the residence of Charles V, and left without a solid roof until 1967.

Today the palace is open to the public without any entrance fee and is home to two museums – the Alhambra Museum and the Fine Arts Museum of Granada on its upper floor.

Despite visiting Alhambra two times already, I never got a chance to get into the Palace of Charles V as it was closed. On my last visit in October, I finally managed to take a peak inside and share a few photos below.

The palace is accessible from the main courtyard between the Alcazaba and Alhambra.

It’s clearly marked on the map that you get for Alhambra, and also with the signs as soon as you arrive in the complex.

The outside of the building is quite misleading as you would expect a traditional Andalusian-style palace with a central courtyard. It looks nothing like it as it was built in the Roman style as the emperor requested.

The access is free, you can walk in and enjoy the surroundings.

Short History of the Palace of Charles V

The Rennaisance building is the work of architect Pedro Machuca, who was charged with designing a new palace for the emperor Charles V and his family next to the Alhambra.

Alhambra was used as a summer residence for royalty and the palace was supposed to serve as a residential complex, and provide more space to live.

The work began in 1527 and continued after the death of the original architect and was taken on by his son Luis who developed the circular courtyard. The construction stopped for 15 years because of the rebellion of the Moors in Granada in 1568, and the palace was left without a roof – an option to move in – until 1967.

From the bird’s eye view, it looks almost like a colosseum. Inside, you will find a large circular centre, a unique architectural feature of its kind, surrounded by 32 Doric columns.

The building was controversial not just for its architectural approach, but also due to the fact that it represented a triumph of Christianity over Islam, which was the primary influence for the whole Alhambra complex.

The main façade of the palace measures 63 meters wide and 17 meters high, with only the southern and western decorated because the rest of them are attached to the Alhambra complex.

Here is a short visual tour, with visitor information at the end of the article.

Due to lack of time, I did not make it to either of the museums located in the palace, something I will rectify on my next visit and report here.

If you’re planning a trip to the Palace while you’re in Alhambra, here are the basic things you need to know.

Visiting The Palace of Charles V in Granada

How much time to spend: If you’re only visiting the complex and not the museums, you can see everything in around 30 minutes.

Selwo Marina in Benalmadena: Worth a Visit? 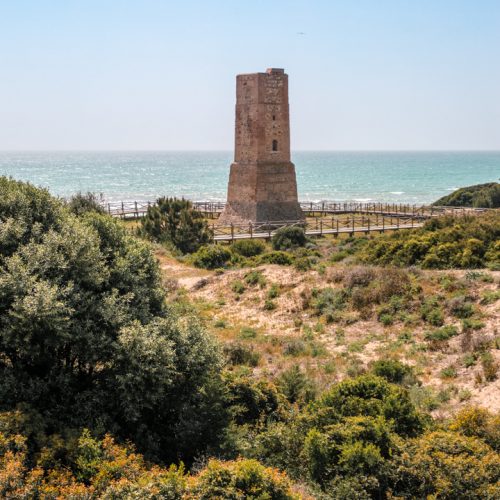 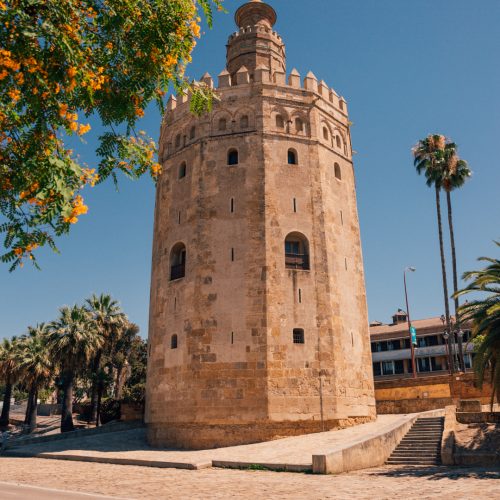